Victory Tour is a Destination Management Company founded in 2005 and based in the capital city of Baku. With more than 16-years of experience, they provide wide range of travel services as an Inbound Tour operator in Azerbaijan, from tailor-made tours for FITs and leisure groups to major conferences and events’ organization.

Victory Tour currently has a steady reputation as one of the most professional travel companies in Azerbaijan providing high-quality services to corporate clients and individuals. Victory Tour cooperates with both Azerbaijani and foreign organizations and companies related to the tourism business: airlines, embassies, hotels, museums, insurance and transport companies, etc.

Along with the current tour offers related to the rich history and heritage of Azerbaijan, scenic nature and the Caspian Sea, delicious food and wine, their professional team is constantly working on new ideas and routes, so the travelers may discover more of the country and get unique impressions of Azerbaijan.

• Enjoy the unique architectural blend of East and West in Baku.

• Explore the Old City with its narrow streets and the Shirvanshah Palace.

• Take a spectacular view from the top of the Maiden Tower.

• Relax and enjoy the refreshing Caspian Sea breeze while cycling along the Seaside Boulevard.

• Hike in the breathtaking mountains of the Great Caucasus.

• Try your best at skiing on the resort of Shahdag in the north of Azerbaijan.

• Taste the Azerbaijani wines and varieties of traditional cheese in Shamakhi region.

• Be amazed by the crafts making in the ancient city of Sheki. 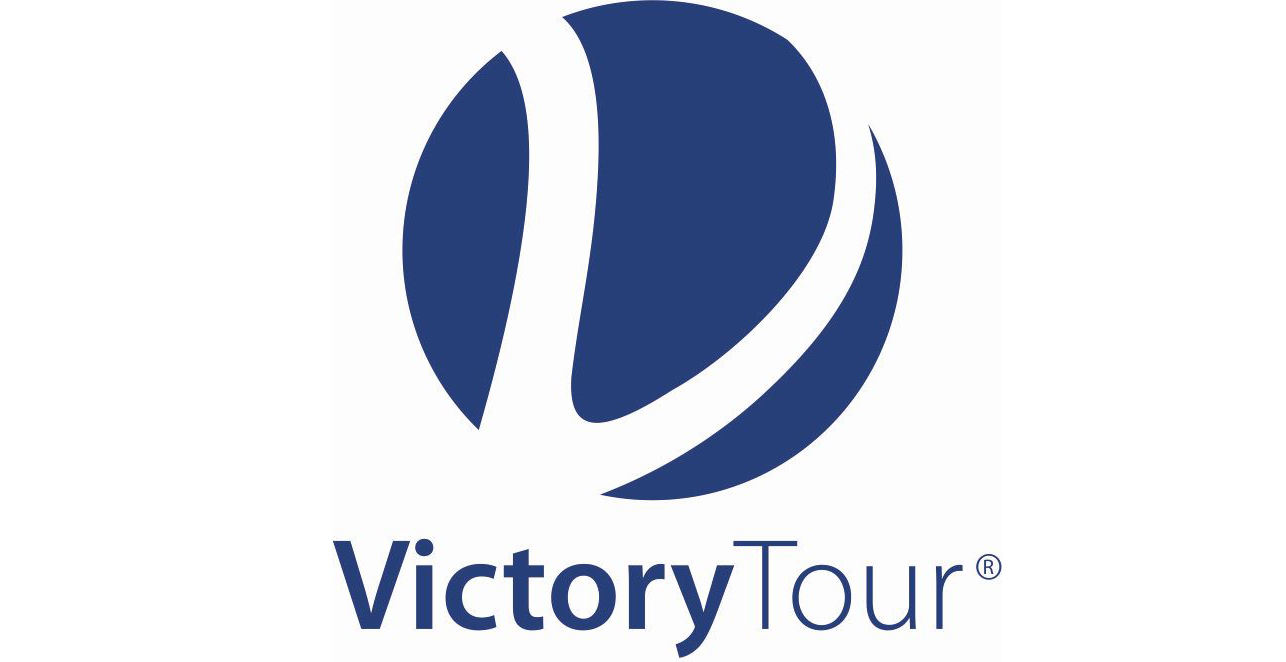 Azerbaijan is a magnificent country located at the boundary of Eastern Europe and Western Asia, on the coast of the Caspian Sea. Being a part of the South Caucasus region, Azerbaijan has always played a significant role in the international trade and the Silk Road history. It is often called «The Land of Fire» due to the rich deposits of oil and gas, that made the country a center of fire worshipping for ages.

The country is bounded by Russia on the north, by Turkey on the south-west, by Iran on the south, by Georgia on the north-west, and on the west by Armenia. Population of the country is slightly more than 10 million with 3.5 million people residing in the capital city of Baku. Azerbaijan is a multicultural country with many ethnic groups living there since the ancient times. It covers the area of 86,600 sq. m. and famous for the diversity of climatic zones and beautiful nature: from the mountainous north to the subtropical south.

The earliest evidence of human settlement in Azerbaijan dates back to the late Stone Age. The remains of inhabited caves, burials and petroglyphs from the Upper Paleolithic to the Middle Ages could be found in Gobustan reservation located on the south-west from Baku. The Scythians, who were the early settlers in 9th century BC, then were followed by the Medes Empire, later integrated into the Achaemenid Empire around 550 BC. That was the era of Zoroastrianism. For about 6 centuries, most of the territory of Azerbaijan was covered by Caucasian Albania which led to the spread of Christianity and Albanian Churches in the north-west. In the first half of the 7th century, Caucasian Albania, as a vassal of the Sasanians, came under nominal Muslim rule due to the Muslim conquest of Persia.

From the late 8th century, the dynasty of Shirvan formed the longest-surviving state in northern Azerbaijan, and Baku became the capital. From the mid-9th century to the early 16th century, was a period when the Palace of Shirvanshah and the Maiden Tower were built. Nowadays, the Old City with its monuments are included UNESCO World Heritage List.

After the Iranian and Russian Empires rule, in 1918, the Democratic Republic of Azerbaijan became the first modern, secular Muslim democratic state in the world. In 1920 it was incorporated into the Soviet Union and was a part of USSR for 70 years.Since 1991, Azerbaijan is an independent, developing, oil-producing country with a diversified industrial base.

Modern Azerbaijan is a country of contrasts and home for many natural, architectural and industrial miracles: phenomenal mud volcanoes in Gobustan, iconic Heydar Aliyev Center and Flame Towers in Baku, unique Naftalan oil and many more.

Baku – The capital and largest city of Azerbaijan, a place of the unique architectural blend of East and West. Called «The City of Winds», Baku is located on the Absheron peninsula and washed by the Caspian Sea. Baku’s medieval core is a UNESCO-protected site surrounded by 12th-century walls, the Old City, with its the Shirvanshahs’ Palace and Maiden Tower as well as mosques, hammams, artists’ studios and the completely unique Museum of Miniature Books. 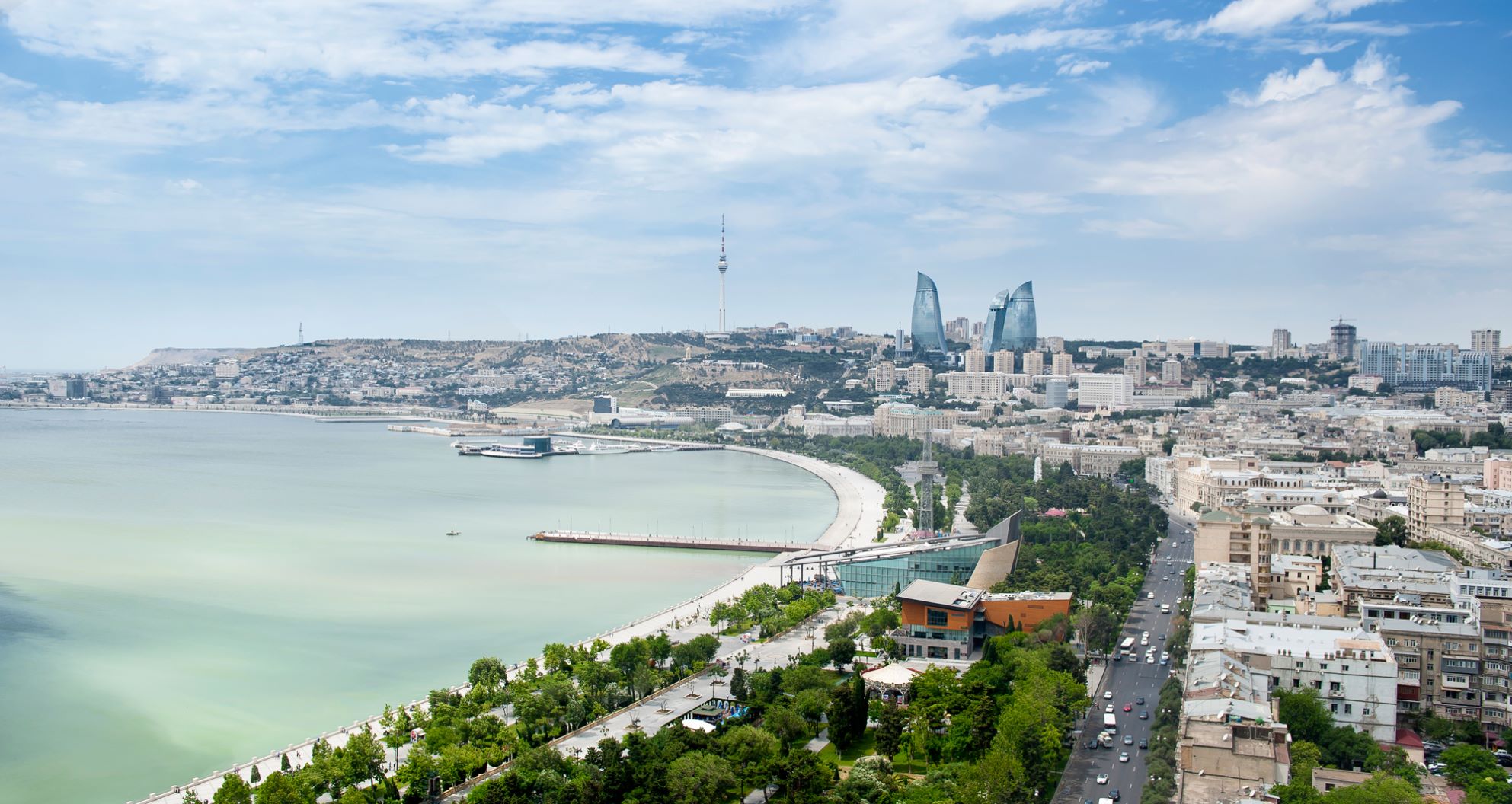 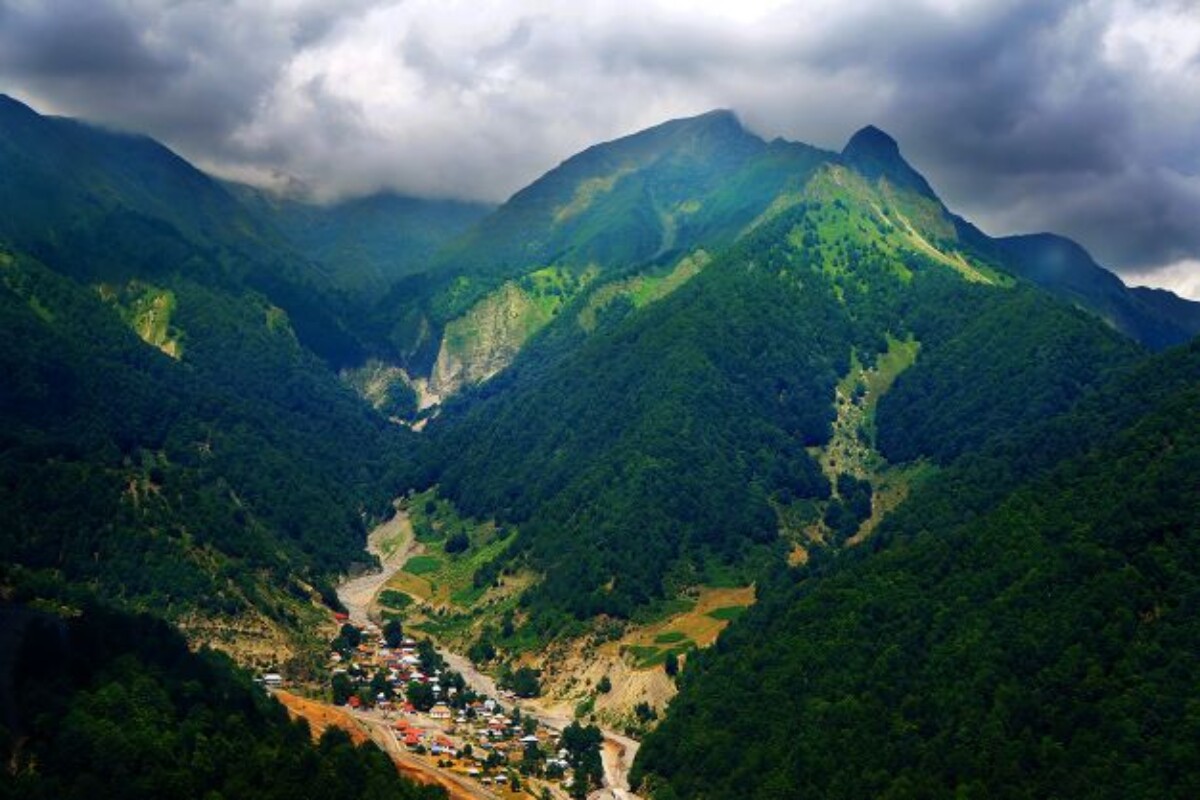 Gabala – The region is located on historical Silk Road, distinguishing with its unique natural-climatic conditions, mountain air, mineral resources, rough waterfalls, rapid mountain rivers and dark blue landscape. For 6 centuries Gabala was the capital city of Caucasian Albania. Due to its historical importance, the region preserved a number of fascinating landmarks including old tower of defense dated 9-11th centuries, a mosque of the 13th century, Imam Baba mausoleum and Juma mosque.

Ganja – The second largest city of Azerbaijan and a former capital. The city was completely destroyed in the 12th century by a big earthquake and then gradually restored. Ganja is famous for its national park and scenic lakes, the most beautiful one is Goy Gol. The city is a homeland of the greatest Azerbaijani poet Nizami Ganjavi. In honor of him, there is famous mausoleum rebuilt in its present form in 1991. 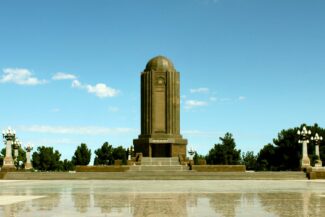 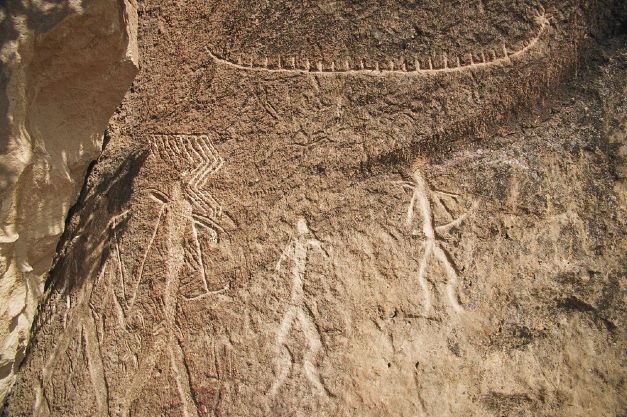 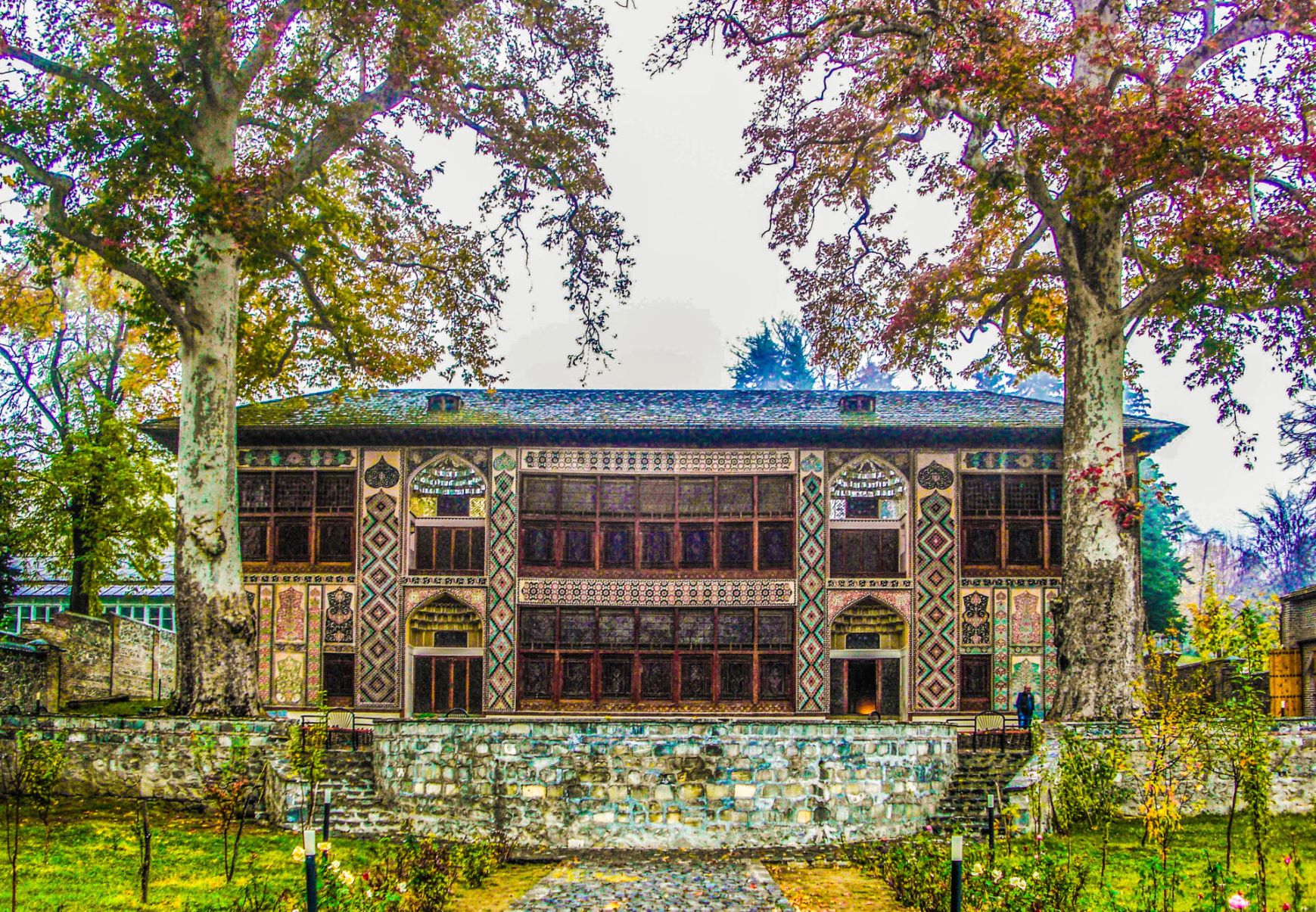 Sheki – One of the most ancient cities of Azerbaijan, is located at the altitude of 700 m above the sea level, in the southern foothills of the Greater Caucasus. It is famous for the numerous architectural monuments. The city used to be the capital of the Sheki Khanate and was an important staging point on the Great Silk Road. The fascinating Sheki Khan’s Palace is the country’s newest UNESCO Heritage Site. Sheki truly could be considered a crafts capital of Azerbaijan.

Shahdag – This mountain resort was named after mount Shahdag which is 4243 meter above the sea level, a mountain peak of the Greater Caucasus range, located 29 km from Gusar city. It is famous for ancient glaciers, deep valleys, stunning mountain lakes and canyons. The resort is a perfect place for winter activities, skiing and snowboarding.