For more than 10 years, Andes Nativa is a Domestic Management Company that is designing and organizing trips in Chile and the Easter Island. In Andes Nativa, the name says it all. Their highest priority is authentic travel experiences in Chile, where the mighty Andes Mountains are a steady companion. NATIVA represents the pristine and fragile, worthy of protection.

They believe that a well-conceived form of tourism has the power to provide the impulses that our society needs so urgently: The conscious and careful interaction with our natural environment; an appreciation of ancient traditions and languages; and the awareness of our innate relation to forests and Mother Earth.

This belief motivates and guides them on their way. Sustainability is an integral part of their product development, but also manifests itself in their support of indigenous initiatives, environmental protection projects and even in everyday office life.

Professional customer service is an intrinsic component of this philosophy. A well-trained and multilingual team of travel experts lies at the heart of their success. After all, efficient and competent consultancy and a thoughtful, customized travel design are indispensable tools to reach their highest goal: Providing genuine enrichment in the life of every single traveler.

Whether you are looking for a guided walking tour in Patagonia or Atacama, well-organized selfdrive tours, culinary and wine experiences, culture tourism with visits of indigenous communities, or an unforgetable honeymoon – Andes Nativa will be the ideal partner for your clients needs, budgets, and expectations.

• Drive along the most beautiful scenic route in the world: The Route of Parks of Patagonia.

• Be part of the lived traditions of the indigenous people that have been maintained over thousands of years.

• Get to know traditional agriculture and weaving craft in the Altiplano Highland, and participate in the spiritual ceremony in which the two most important deities are called: The Pachamama and Inti Tata.

• Learn about the preparation of delicious dishes on Easter Island and travel back in time to the Polynesian world of the last century.

• Take a break and enjoy delicious chilean wines in the Casablanca Valley.

• Discover the Araucania-region (northern Lake District) and the striking monkey puzzle trees (“araucarias”) for which this region is famous.

• Try Ceviche, one of the most popular dishes in Chile. It contains raw fish (like halibut or salmon) marinated in lemon juice and is usually served with coriander leaves, cumin, onions, sautéed garlic and olive oil.

• End the day with a delicious patagonian Asado – the mother of all barbecues! The meat, usually beef, pork, mutton or chicken, is grilled slowly for two to three hours on a stick, which is turned regularly. 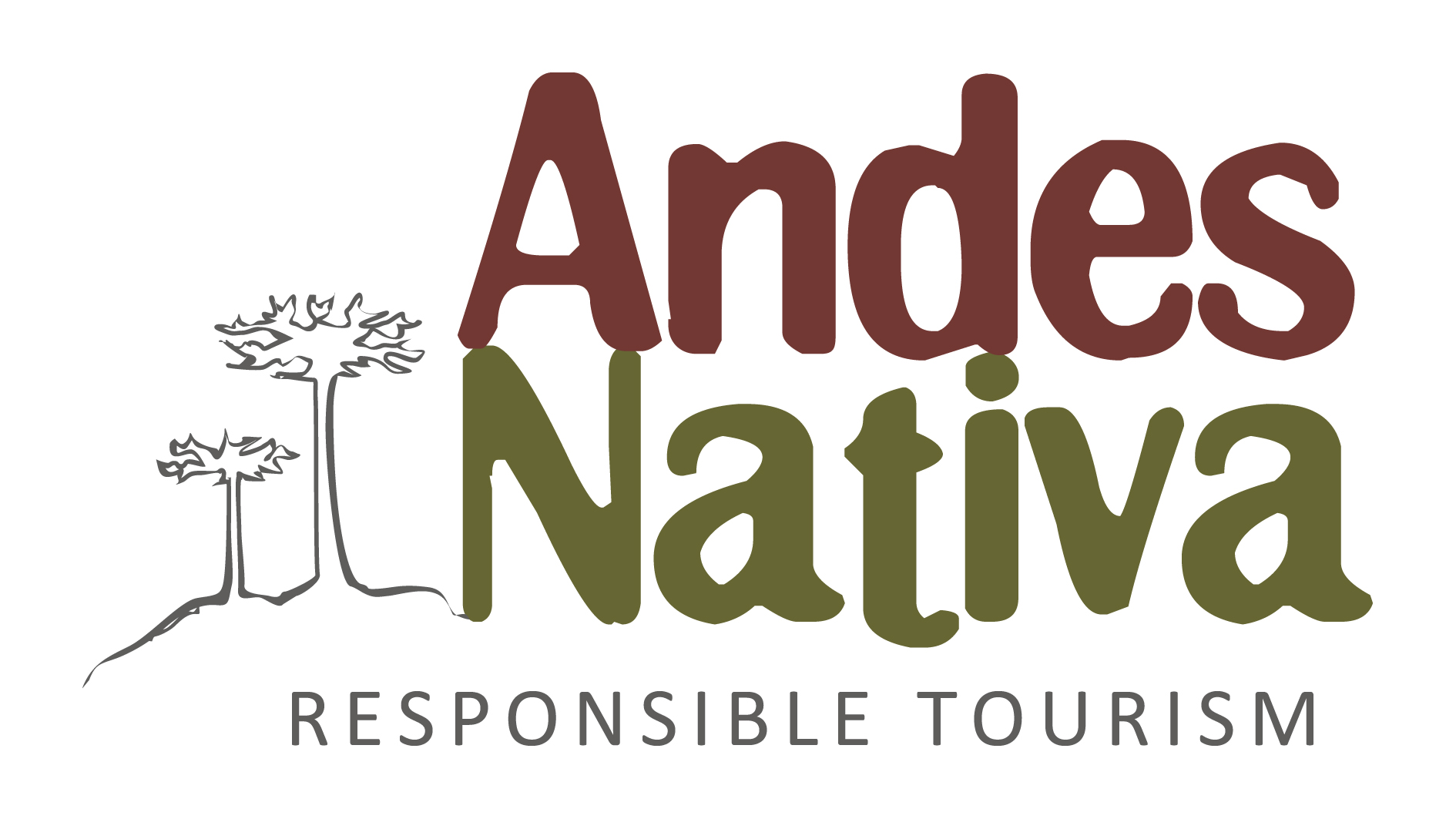 Chile is a long, narrow country stretching on the western side of South America with a Pacific coast spanning over 6,000 km of coastline. Distances in Chile are great. The fertile Central Region extends from a long valley north of the capital Santiago more than 1000 kilometers to the “Small South” to Puerto Montt. The deserts in the north, the Andes and Patagonia are rather sparsely populated and therefore ideal travel destinations for nature lovers, who want to enjoy natural wonders, silence and loneliness. The country has borders at the north with Peru, at the north-east with Bolivia and from the north-east down to Tierra del Fuego at the south with Argentina.

Geographically it is one of the most interesting countries on earth and for tourists and investors an extremely attractive and relatively safe country in Latin America. Many Europeans immigrated in the last centuries to this Andean country. They contributed a lot to the development of the country and founded villages, companies, schools and clubs. There are world famous cultural attractions. Some wooden churches on Chiloé Island, the historical quarter of the port town Valparaíso and the abandoned miners’ towns Sewell, Humberstone and the Santa Laura Saltpeter works in the Atacama desert were declared UNESCO world cultural heritage. The National Parks Torres del Paine and Rapa Nui were declared UNESCO world heritage.

Ecological and social criteria are more and more important for many tourists. In Chile there are several projects, which promote tourism in less developed regions and allow participation of local communities. There are 33 national parks and 15 nature parks, all managed by the state forestry organization CONAF. Tourism experienced a big boom after the return to democracy in 1990. Since then the amount of foreign guests quintupled.

The seasons of the year in Chile are contrary to the northern hemisphere. Due to the enormous extension, there are different zones regarding climate and vegetation. From the desert in the North to the cold regions in the South the temperatures decrease with increasing precipitations. The climate is influenced by the high Andes in the East and especially by the cold Humboldt current, which flows parallel to the Chilean coast to the North and prevents higher temperatures. Along the coast and in the South, there is more humidity and freshness; from Central Chile up to the Atacama Desert in the North it is relatively dry. The best travel time for Patagonia is from October till March. The rest of Chile can be visited throughout the whole year.

About 20 million people do live in the country, and almost half of them in the regions of Santiago and Valparaiso. The Chileans “at the end of the world” are decent, but curious and interested in foreign visitors. “Where do you come from?”, “Where do you go?”, “Do you like Chile?” are common questions. You will be surprised by the hospitality and friendliness of Chileans. In general, they are always good for a joke and enjoy company and talking with you. The composition of the population is ethnical and cultural more homogenous than in other Latin American countries. The majority are with around 70% mestizos (mix between Europeans and the Original people). The number of Chileans with solely European ancestors is around 25%. Another part of the Chilean population do consist of the aboriginal peoples as the Aymara, the Atacameños, the Rapa Nui, Mapuches, Huilliches, Pewenches, Kawashkar und Yaganes.

Atacama Desert – The driest nonpolar and also oldest desert in the world. It is a wonderful area to experience an ancient place and its energy. The place to stay in Atacama desert is the small oasis town of San Pedro. The area around San Pedro has a lot to offer: the geysers of Tatio, the Valle de la Luna, the ancient fortress of Pucará de Quitor and the hot springs of Puritama. Albeit being a dry desert, Atacama is full of salt flats, active geysers, fertile oases and intense blue lagoons. For astro-tourists it is also the perfect place to see an infinite starry sky. 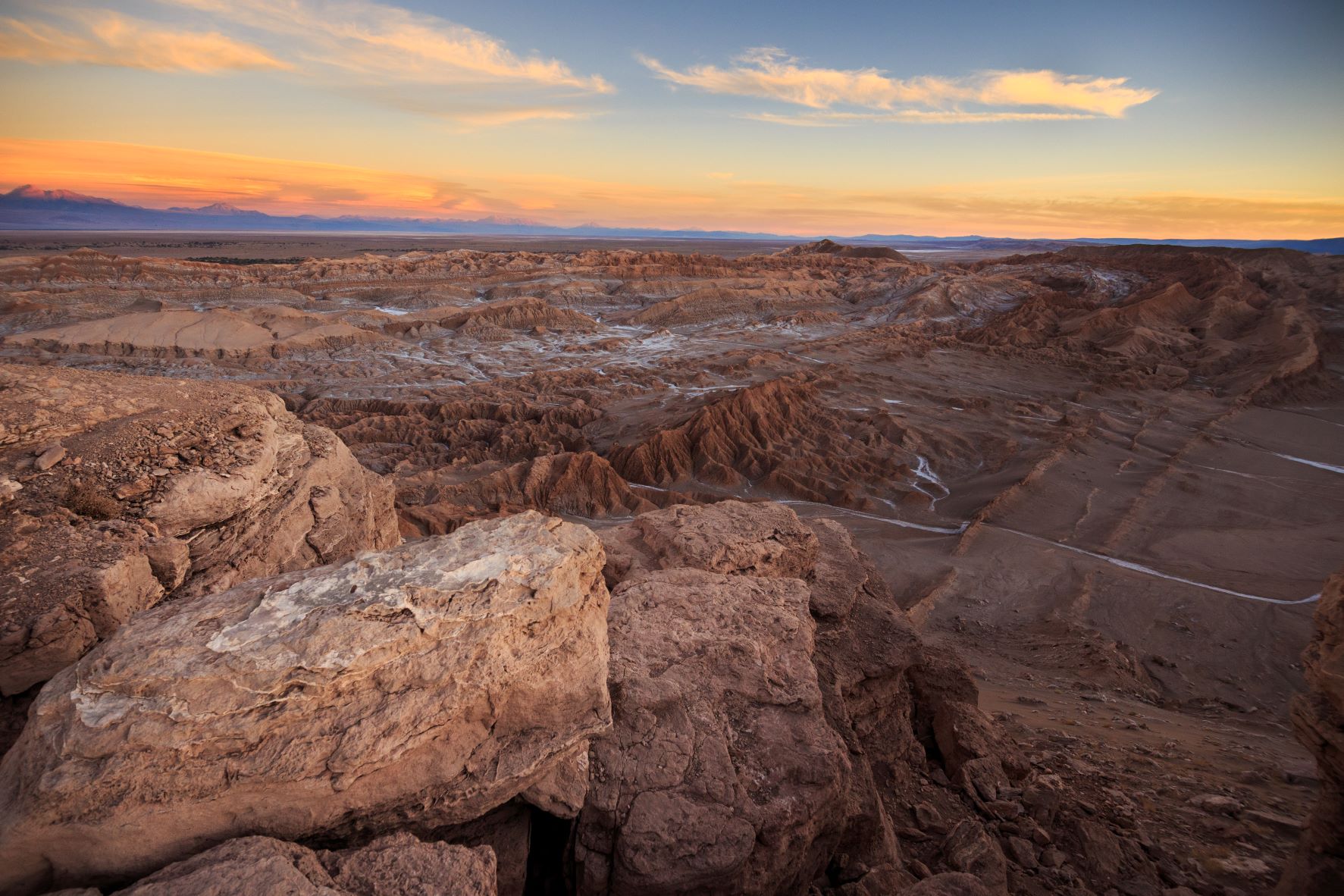 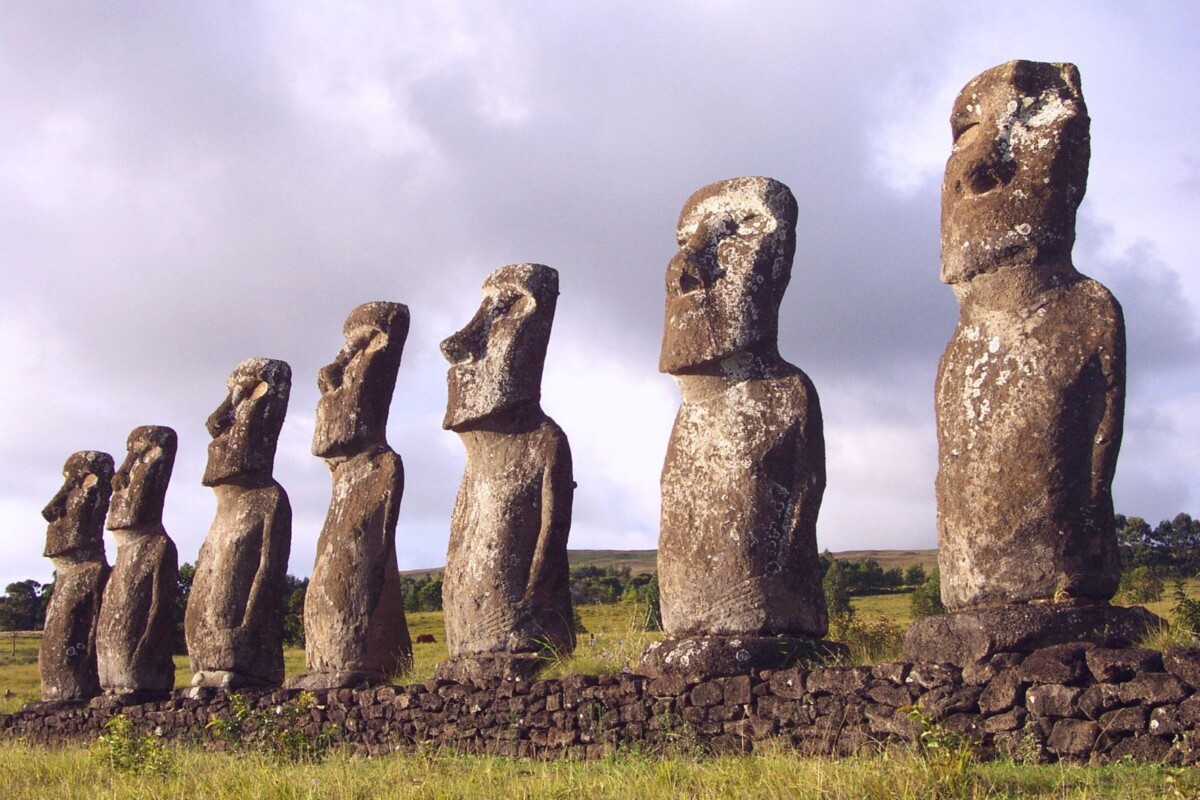 Polynesic Island-Nation – Also known as the Easter Island, is about 3.000 km from the Pacific coast of Chile. It is estimated that the origin of this nation dates back to the 5th century. As per the islands´ oral records, King Hotu Matu´a disembarked with over 100 people from the closer Polynesic Islands and created the first Rapa Nui settlement.

Santiago – The metropolitan city Santiago impresses with colonial-style buildings, modern skyscrapers and trendy cafés while the ubiquitous Andes Mountains create a spectacular backdrop. Visit Santiago´s most important monuments, such as the government palace La Moneda, the Universidad de Chile, the church San Francisco, the national library and the hill Santa Lucia, where Santiago was founded in 1541. And don´t forget the busy main square with its cathedral, the old post office and the Mercado Central, the main fish and seafood market. 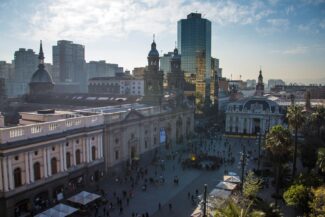 Lauca National Park  – The spectacular Lauca National Park was declared a Biosphere Reserve by UNESCO in 1981. The Lauca National Park administration and visitor center is located in Parinacota, one of the most beautiful villages of the Chilean highlands. Its well-preserved church of Catholic missionaries has been declared a national monument. The Chungará Lake, located 4,517 meters (14,800 ft) above sea level, offers a great view of Parinacota and Pomerape volcanoes.

Tierra del Fuego – Remote and lonely, Tierra del Fuego could also be renamed “the end of the world”. Nevertheless, you will be surprised by the diversity of wildlife that accumulates at the southernmost end of South America: flocks of birds that fly over the Strait of Magellan, guanacos that roam the prairie, and whales and dolphins that swim in the ocean. Both pre-Colombian and modern settlers have left their mark on the island. Selk’nam nomads who lived on the prairie, followed by contemporary settlers who extracted oil and gas and tended sheep on the pioneer farms. Experience the fascinating beauty and roughness of the “Tierra del Fuego” at the end of the world. 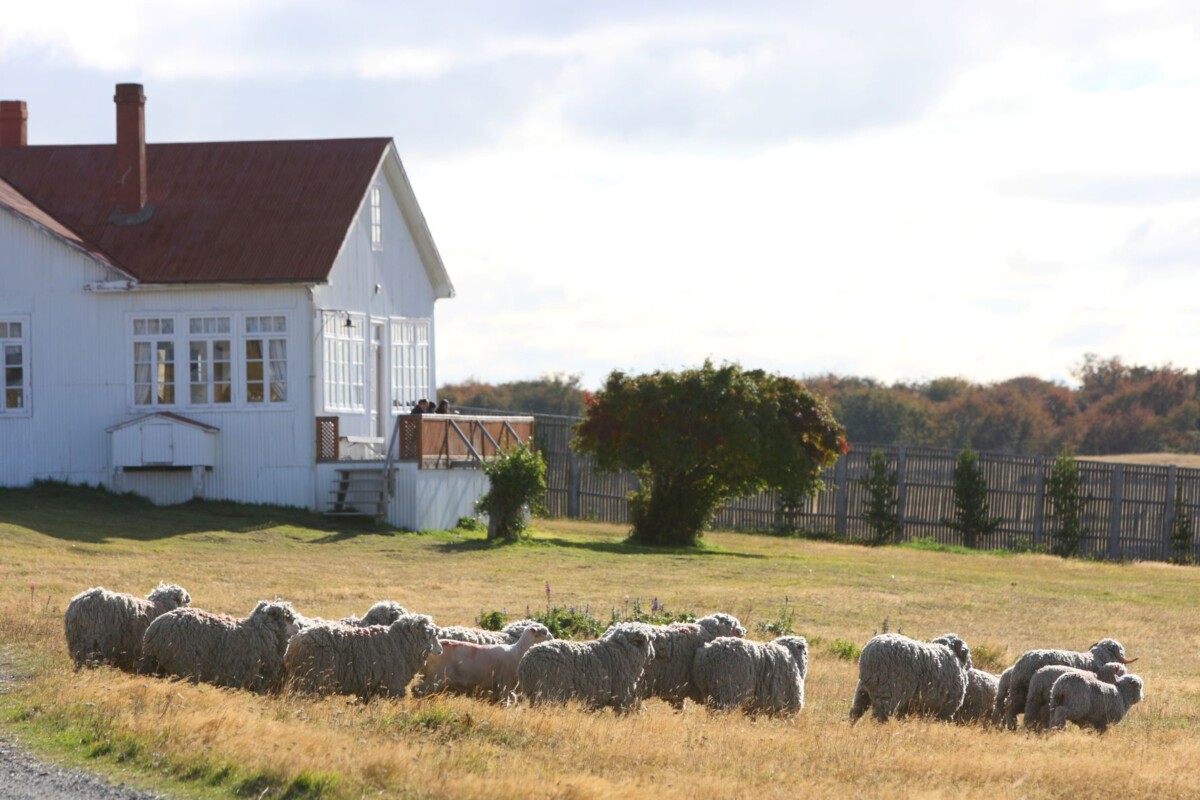 Route of Parks – A 1,700-mile (2.800 km) scenic route spanning 17 National Parks between Puerto Montt and Cape Horn in Chile’s far south. The route connects the Carretera Austral – which winds its way along Chilean Patagonia – with the Patagonian Channels and the Ruta del Fin del Mundo (“The End of the World Route”), featuring many other spectacular highlights along the way. 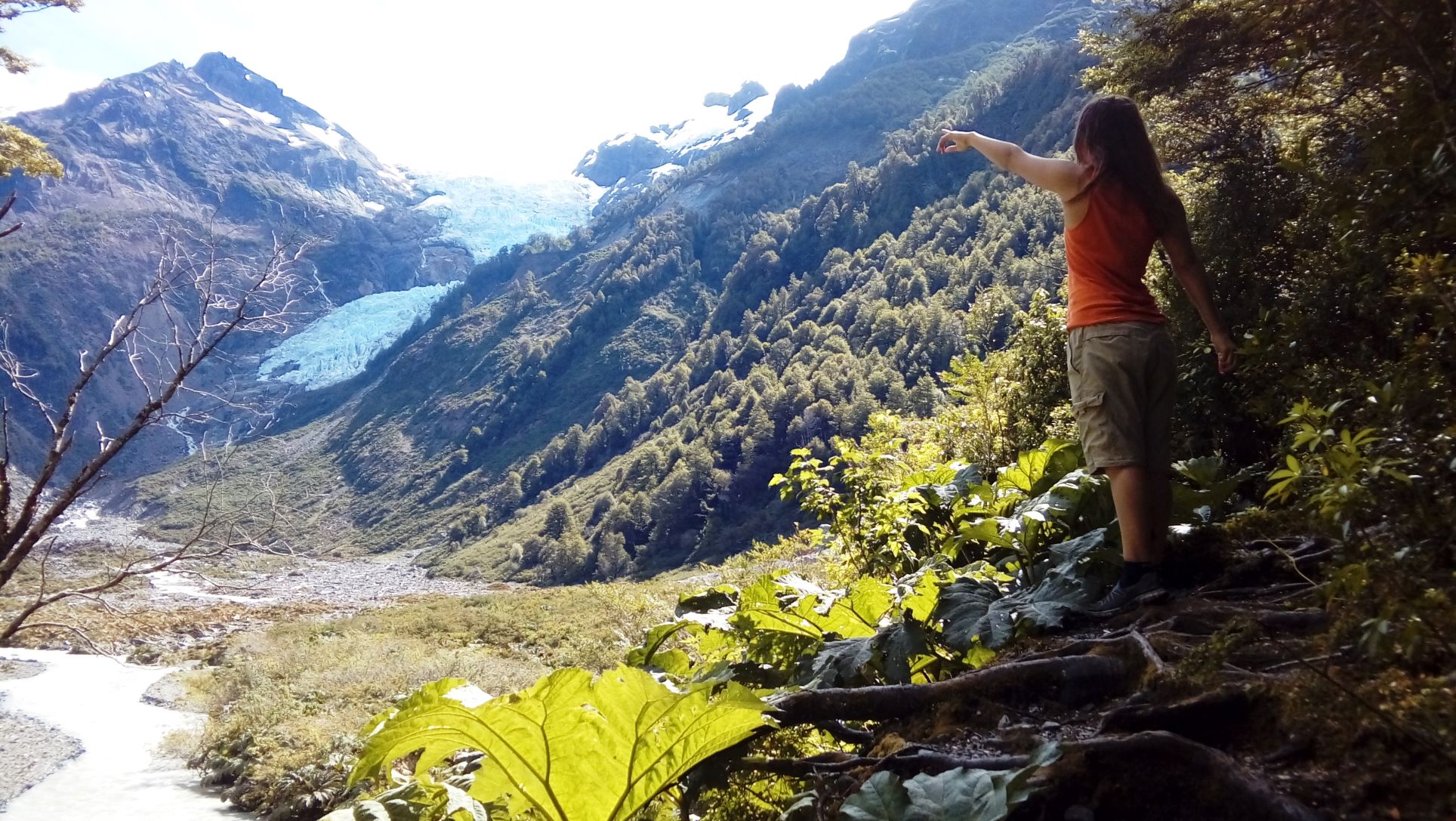 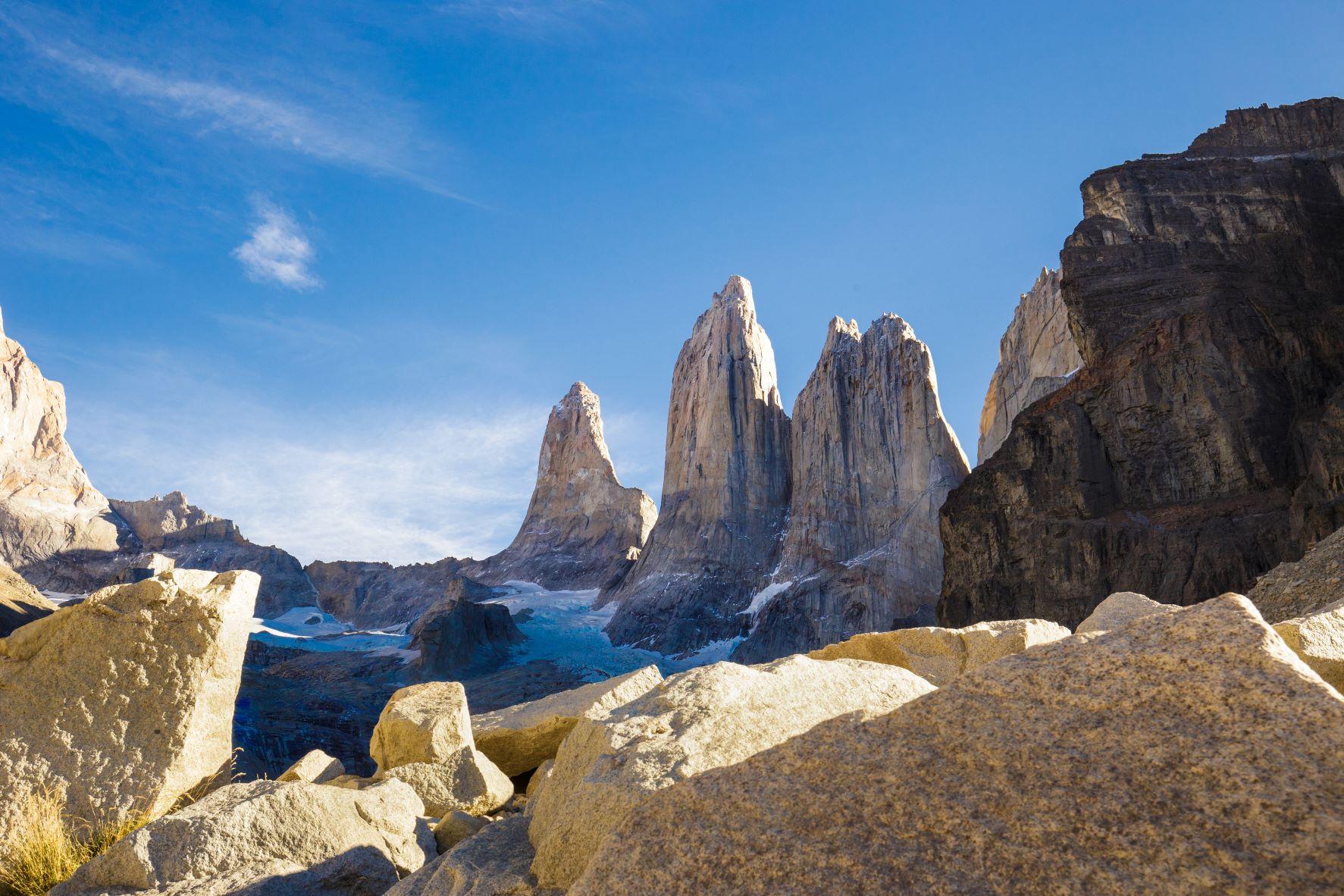 Torres del Paine National Park – One of America´s most impressive natural attractions. 2000-meter-high peaks rise out of the vast steppe abruptly; huge glaciers, deep blue lakes and wind-blown, gnarled southern beeches determine the picture. Thundering rivers flow into the valley as waterfalls. This primeval wilderness is a unique refuge for rare animals such as guanacos, Andean foxes, flamingos and condors, the kings of the skies.

Chilean Lake District – A green area of lakes, volcanoes, forests, rivers, and a diversity of fauna that impresses. A place to purify body and soul and enjoy nature. Culturally the Lake District has a strong presence of German colonization and of the whole Mapuche tradition around Araucanía in Temuco. It is a must to explore this area and its lakes and having the chance to meet and learn more about the indigenous communities living here. 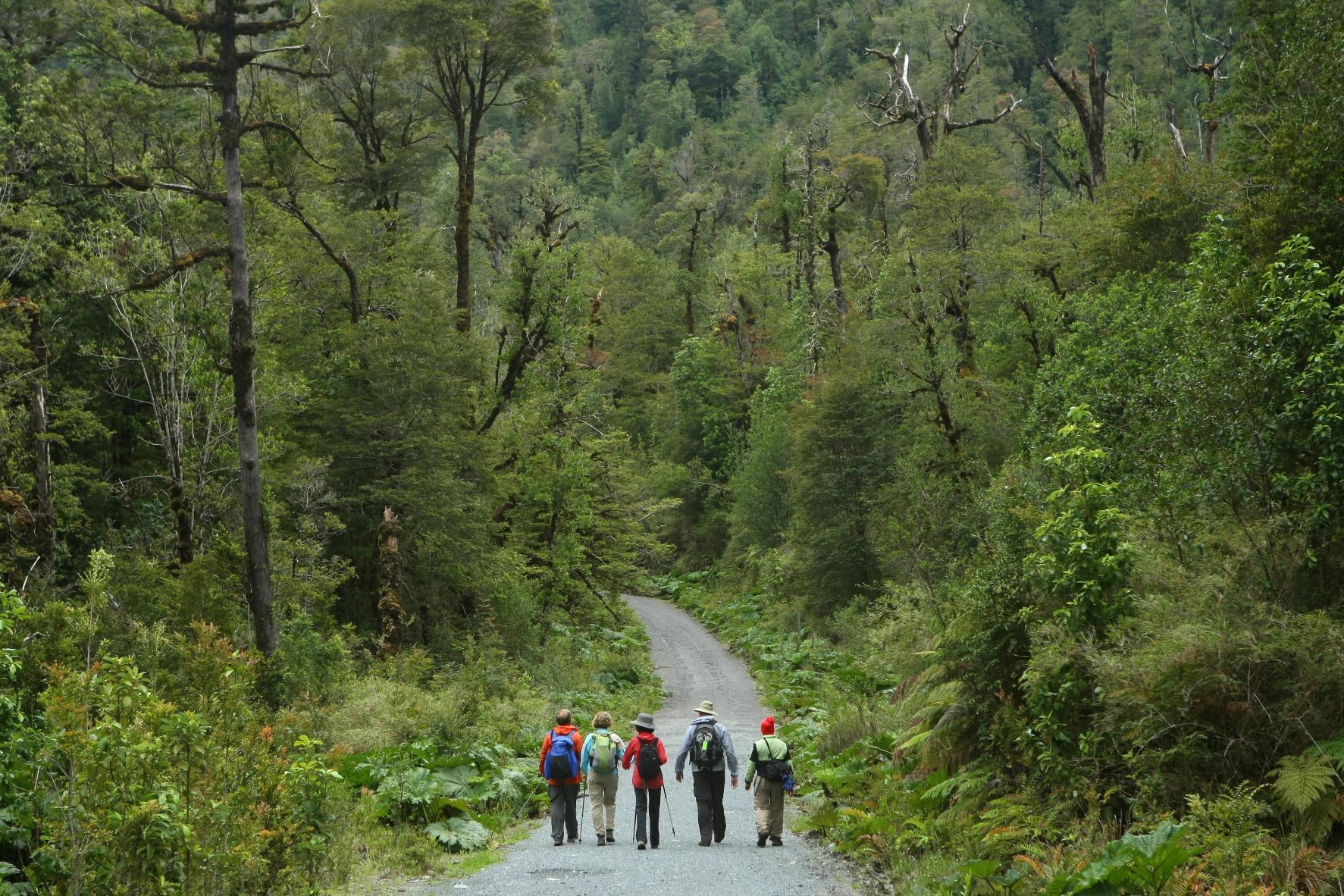 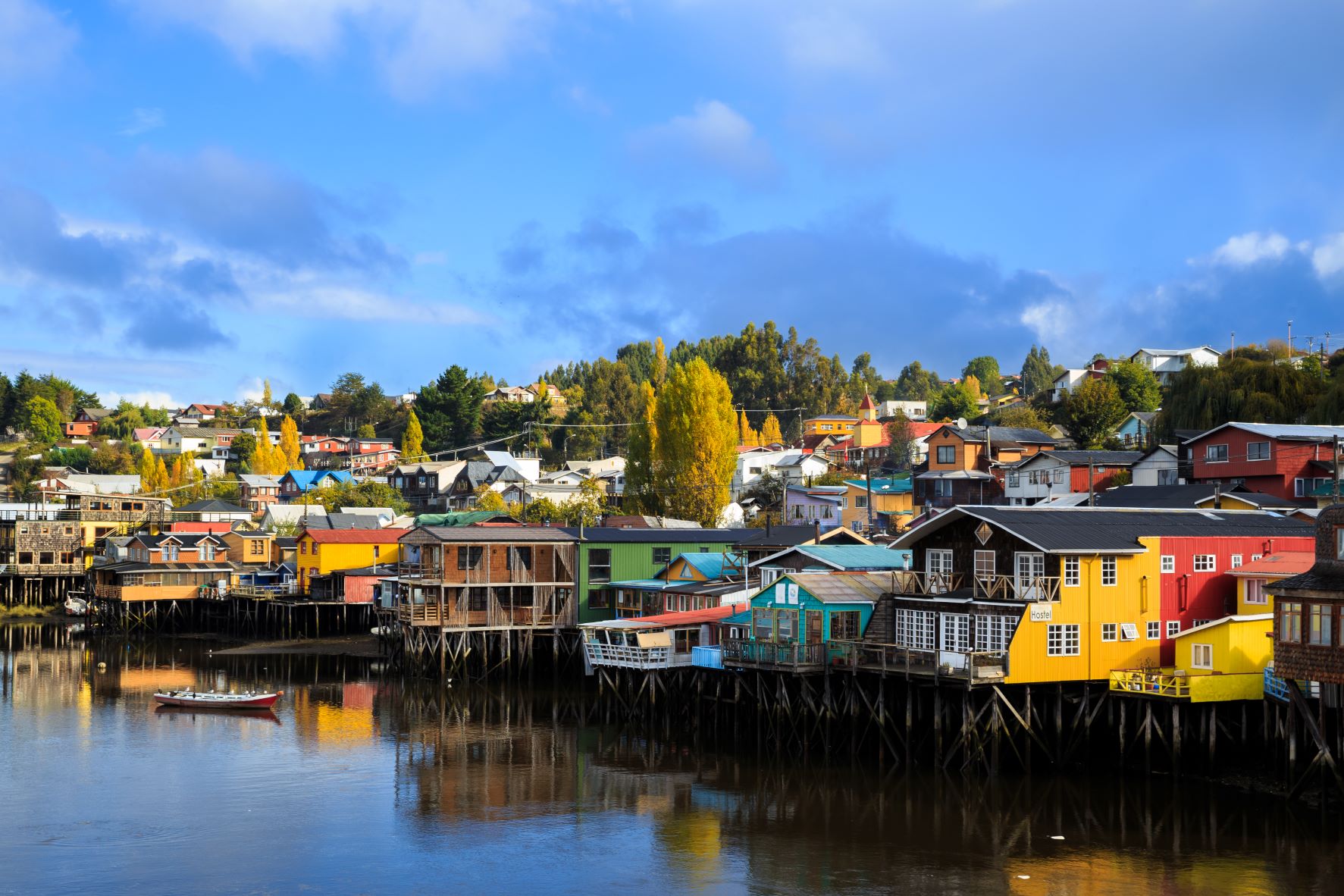 Chiloé Island & Chiloé National Park – Lush rainforests and lonely Pacific beaches, colorful Jesuit wooden churches and the traditions of the native Huilliche people, Magallanes penguins and the native dwarf deer Pudú – this and much more can be discovered on Chiloé Island. Also special on the country’s second largest island are the colorful “palafitos”, old houses, snuggled along the shoreline in places and raised out of the water on stilts.

Valparaíso  – This impressive town lies at the Pacific coast. Its picturesque layout, surrounded by mountains, reminds us that this was once one of the most important ports, before the Panama Canal was opened in 1914. Visit the city center with the government building, Plaza Sotomayor, Plaza Victoria, and the Cathedral, as well as the harbor area. And also the colorful districts built up in the hillside. Here, high above the city, there is a fantastic variety of cheerfully painted houses. The upper part of the city is connected to the lower part by 16 funiculars (vertical elevators); these were constructed in the end of the 19th century when the city experienced a period of growth.