Magical Colombia is a luxury inbound tour operator and Domestic Management Company creating unforgettable journeys all over Colombia. Whether you travel to evade the routine of everyday life, for business, to discover remote areas, or seek to enrich your life with new experiences – the team at Magical Colombia listens and values this wide range of nuances, creating itineraries tailored to the desires of those who trust in them.

They live in a wonderful country that facilitates their work with its dazzling biodiversity and, day by day, Magical Colombia concentrate on those details that make a trip an unforgettable and magical life experience. This DMC proposes the best this land has to offer, but the real luxury of a Magical Colombia trip is the value that they give to those who seek to surprise themselves with a country that has an infinite horizon of emotions to offer. These professionals do it with passion and discipline, with method and creativity, they do it with a lot of love.

While creating unique and tailor made itineraries, they always respect and value the natural and socio-cultural ecosystems of one of the most biodiverse countries in the world: Colombia. They combine the concepts of environmental, social and economic responsibility with the exclusivity of luxury services. You will enjoy a mixture of natural paradises and urban landscapes with a focus on a natural gastronomy and wellness experiences.

• Be amazed by the unique play of colors at Caño Cristales, the “river that ran away from paradise” (only during September till November).

• Visit Las Lajas Sanctuary, a neo-Gothic church built in a dramatic setting over a Colombian gorge.

• Travel back in time and visit the picturesque mansion of Tequendama Falls Museum, displaying wonders of the natural world.

• Stroll through the city of Guatapé, an Andean town where all buildings are decorated with a brightly colored frieze.

• Hike to the Cave of Splendor (La Cueva de Esplendor), an enchanting cave with a river crashing through the roof.

• Take a bath in the naturally-heated mud at the summit of the Volcan de Lodo El Totumo.

• Star-gaze with a team of knowledgeable astronomers at the observatory in the world-famous Tatacoa desert.

• Enjoy a scenic ride in the gondolas of Medellín, an unusual yet beautiful form of mass transit serving the city’s steepest neighborhoods.

Bounded on the north by the Caribbean Sea, in the west by the Pacific Ocean, the northwest by Panama, the south by Ecuador and Peru, the east by Venezuela and the southeast by Brazil, Colombia is a country in South America, rich in culture and ancient heritage.

There is much to see and explore in Colombia: It is the land of Gabriel García Márquez and its magical realism. Also, one can find here the archaeological ruins of San Agustín and the Lost City, Cartagena de Indias with its colonial class, Barranquilla and Pasto with their famous carnivals, Santiago de Cali with its joy and its musical rhythms, as well as Medellín with its Flower Festival.

The country has been inhabited by various indigenous peoples since at least 12,000 BCE. It’s rich heritage reflects the influences which have been brought to the country by different Amerindian civilizations, European settlers, forced African labor, and immigrants from Europe and the Middle East. In 1499, the Spanish landed first in La Guajira and by the mid-16th century colonized parts of the region with Santafé de Bogotá as its capital. It was in 1880 when independence from the Spanish Empire was achieved, with what is now Colombia emerging as the so called United Provinces of New Granada, before in 1886 the Republic of Colombia was finally declared. Panama seceded in 1903, leading to Colombia’s present borders.

Nowadays, the country is one of the world’s seventeen megadiverse countries, and has the second-highest level of biodiversity in the world. There is nothing which can’ be found: Highlands, grasslands, and deserts, the Amazon rainforest, moorlands, glacier regions, as well as coastlines and islands along both the Pacific and Atlantic Ocean – which is unique within the states of South America.

Colombia is the country with most birds and orchids species in the world. A truly magical land that exudes joy and elegance in all its facets. Welcome to this wonderful trip which is the Colombian mosaic with its people, music, culture, traditions, smiles, flavors… Welcome to Colombia!

Cartagena – A city full of culture, history, enchantment and mystery. The UNESCO has expressed several times its love for Cartagena, defending it as one of the most beautiful cities in the world. Cartagena is a jewel in an opened sky and every angle breaths history and poetry, especially at the city’s historic center, rich city of coloring buildings, balconies and windows with cornices of a lit white. 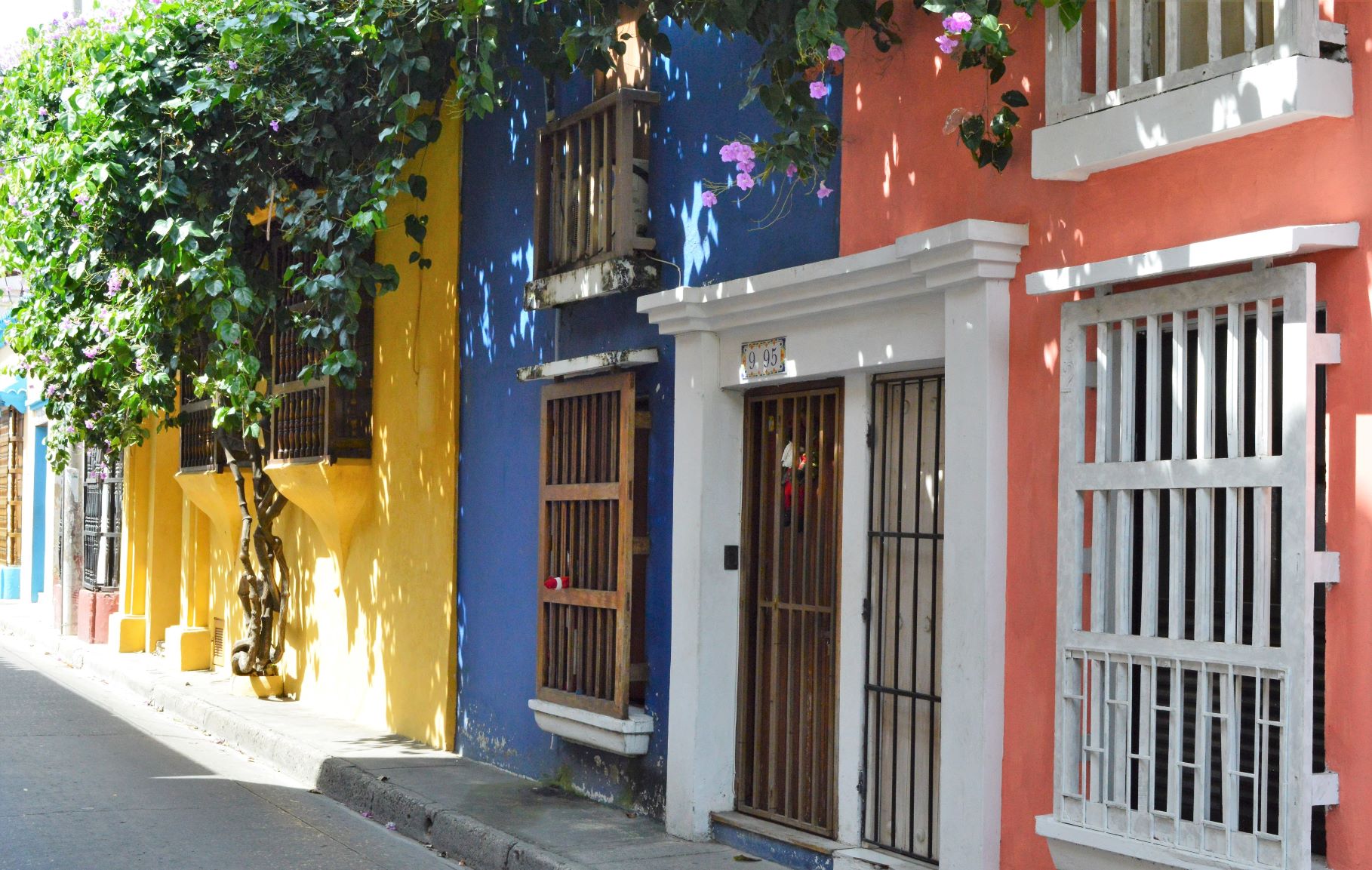 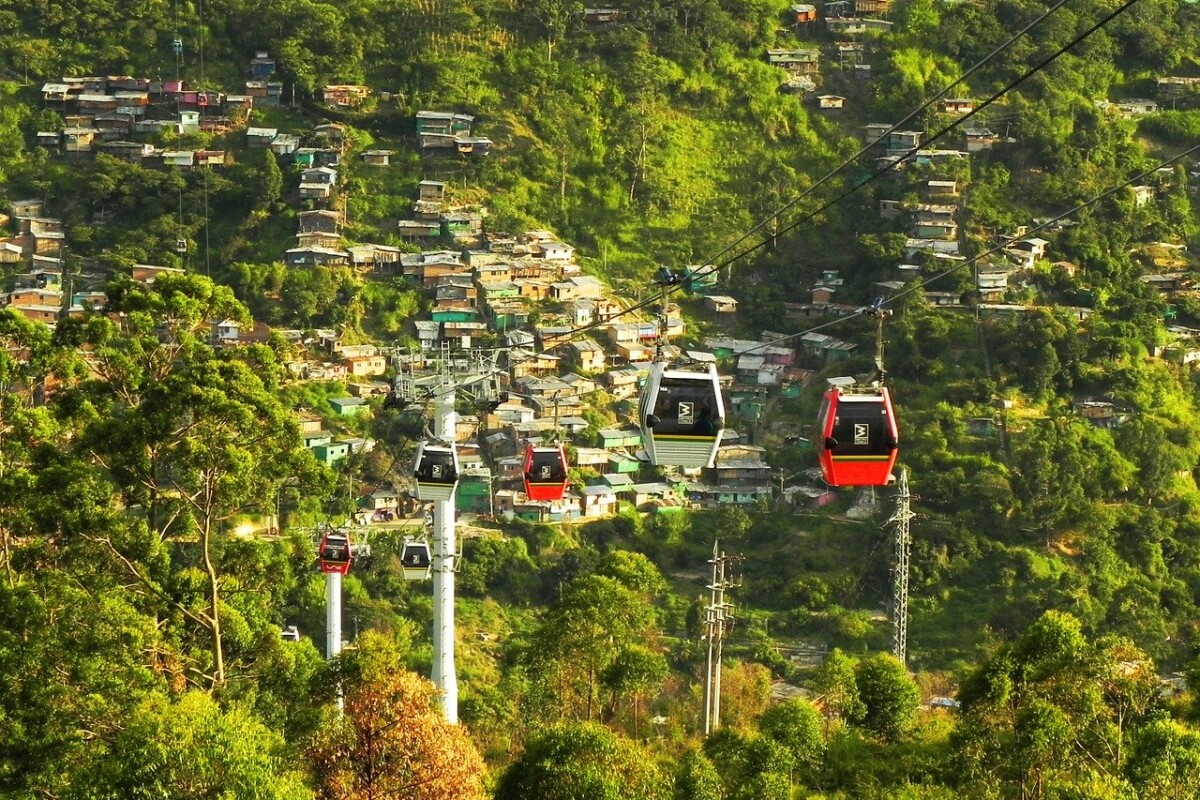 Medellín – As the capital of Antioquia region, it is located in a valley surrounded by majestic mountains and it is the second larger city in Colombia. Known as the “city of the eternal spring” due to its constant lukewarm weather, this place is one of most dynamic and entrepreneur cities in South America. Medellin is a city where it converges a perfect combination between former traditions and the modernness.

Caño Cristales – For many people, this river is considered as the most beautiful river in the world. A wonderful place that has been discovered few years ago, becoming into a worldwide wanted destination for travelers who are willing to visit and to dive in the clean waters of Five Colors River. Between June and November, this place is the proper scenario for those who love to experience the wild and nature outdoors. 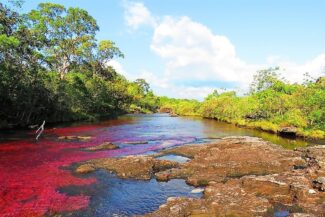 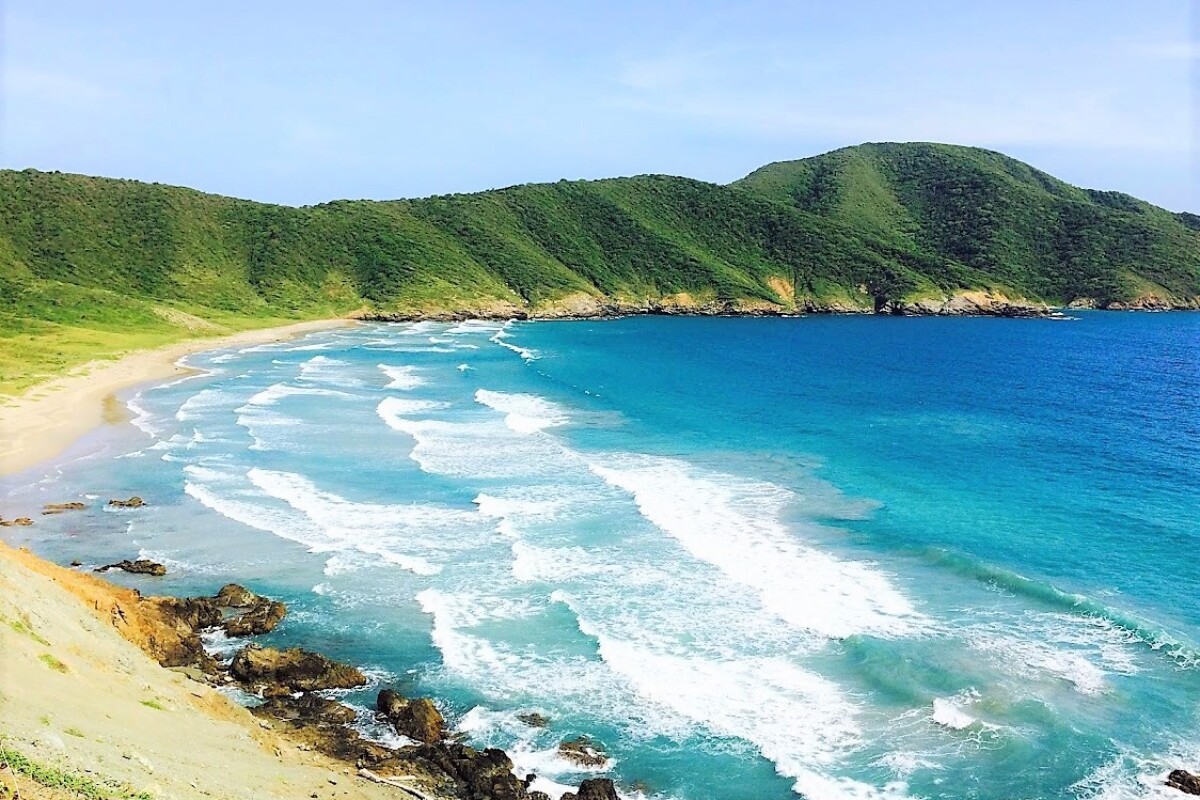 Tayrona National Natural Park  – The mountain range of Santa Marta is the source of a unique and complex network of ecosystems and preserves the mystery and archeological remains of the Tayrona’s culture: the places known as “Pueblito” and the “Lost City” with their enigmatic terraces and paths. These places are still inhabited by the natives “Koguis” and the “Arhuaco” community. The beaches of Tayrona Park are surrounded by a virgin and lush nature, and considered among the most beautiful and unspoiled in earth. The rain forest and the mountain are crossed by several rivers and inhabited by a variety of unique animals in the world.

Providencia Island  – A paradise with crystalline waters, blue skies, tropical jungles, pirates’ histories and mystical starry nights. With isolated beaches of white sand and uncontaminated landscapes it was declared by the UNESCO as a World Reserve of Biosphere and named as the “Seaflower”, this island turned into a place where you can enjoy the nature, the aquatic sports or simply for relaxing. The island offers the most uncontaminated coral reef of the Caribbean. For this reason, it attracts lovers of underwater sports who come to visit the cracks, caves and walls that form the coral reef. 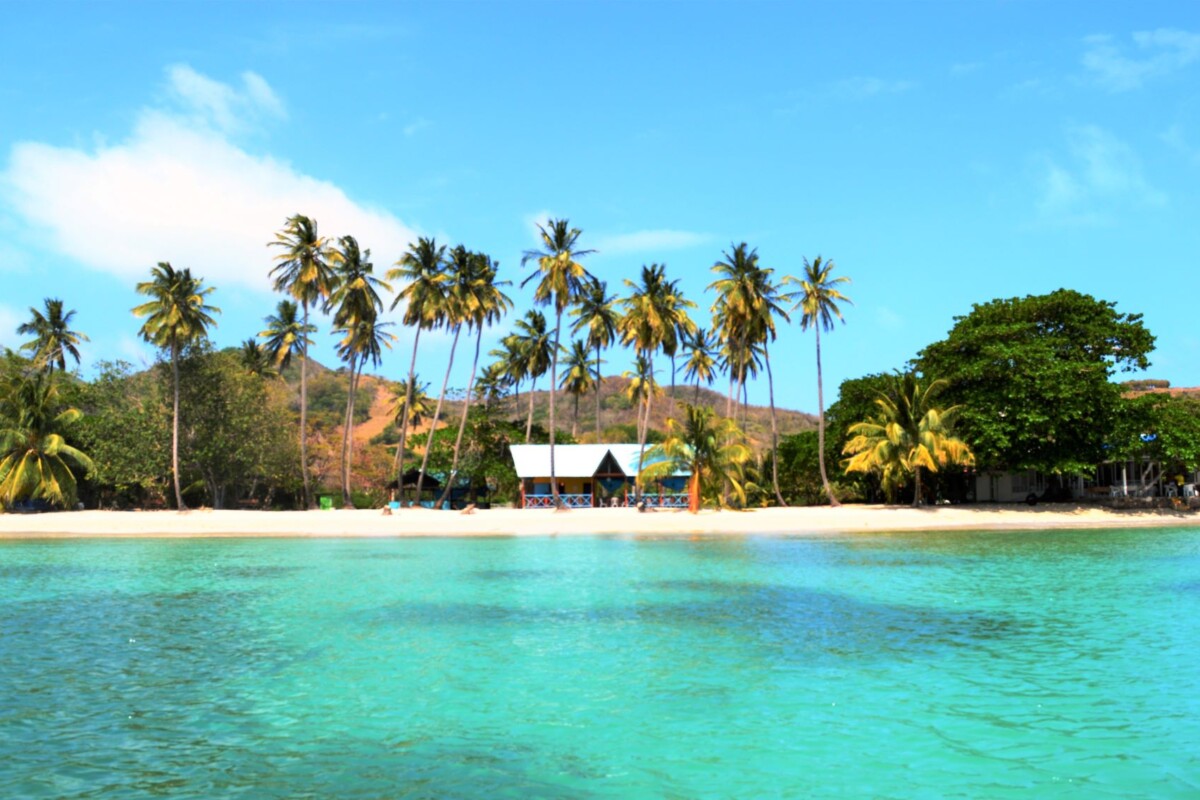 Barichará – Considered one of the most beautiful towns in Colombia. The houses, the squares, the alleys, the artistic sense, a premium gastronomy, and lots of cultural events have made Barichará the favorite town for prominent figures of Colombian culture, as well as politicians and many artists. 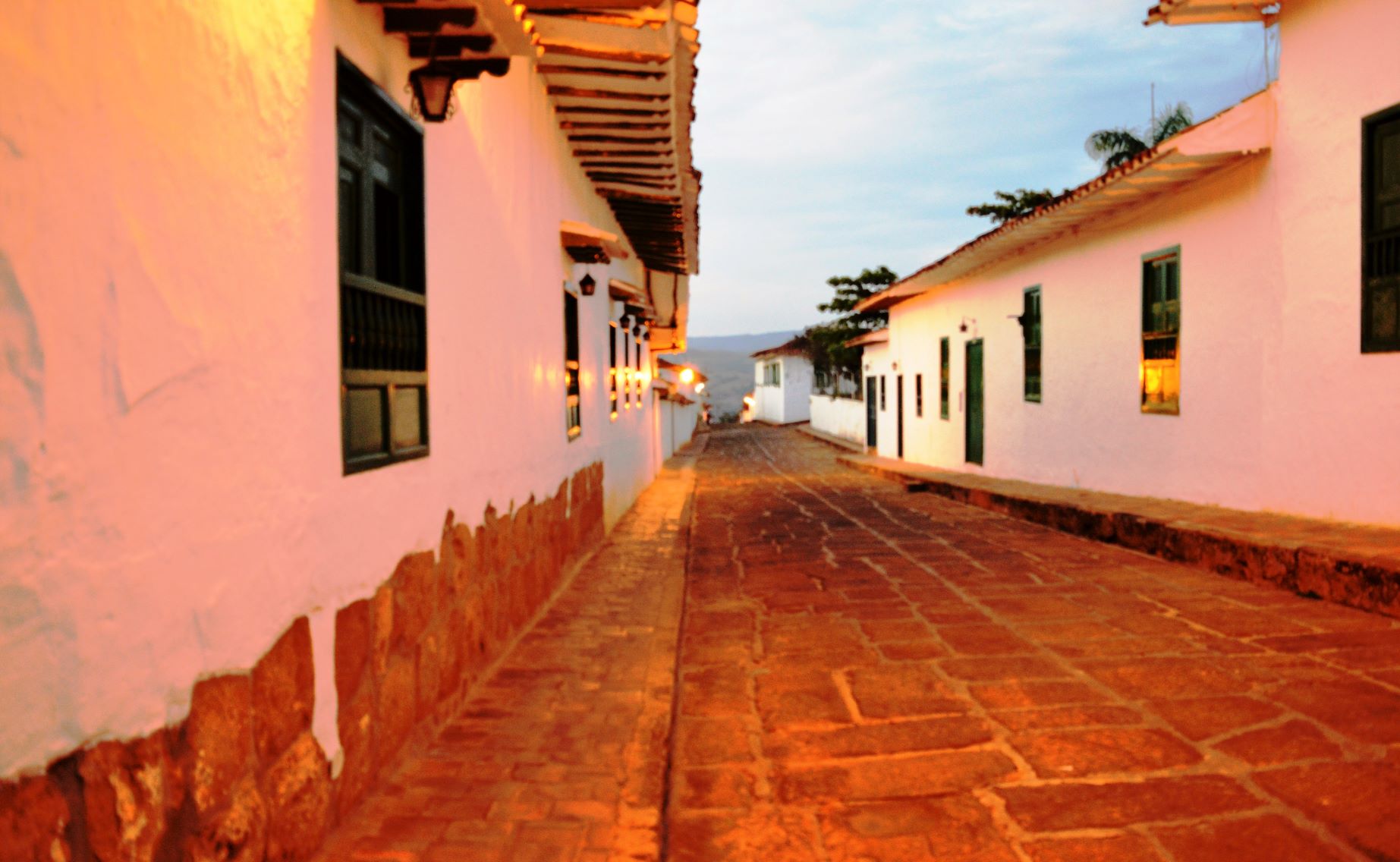 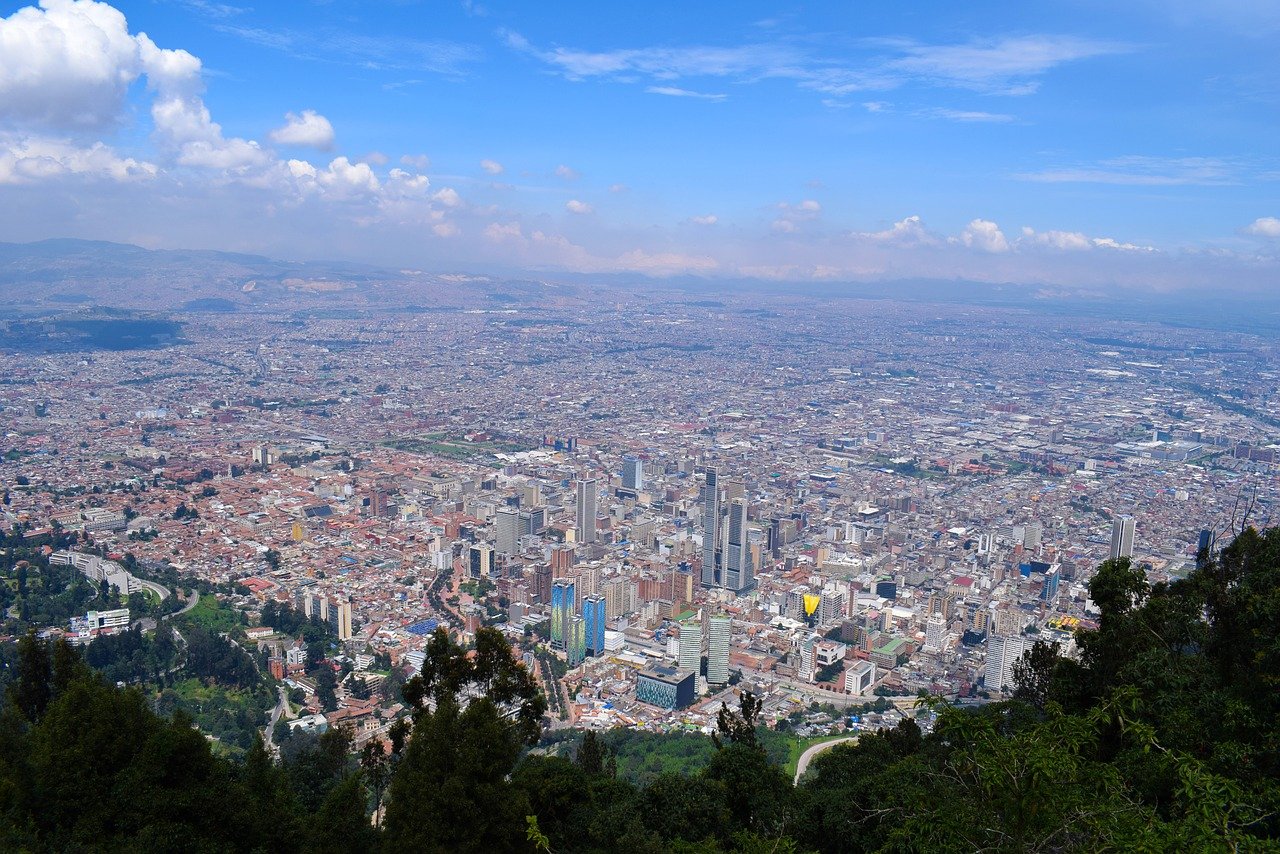 Bogotá – The capital of Colombia reflects the cultural diversity of the country; it is the most important cultural center and a rich place for visiting and doing several activities. Declared world capital of book by UNESCO and Latin American capital of culture by the UCCI in 2013, Bogota has turned into one of the most important cities of the South America continent, with big public places, squares, streets and modern routes.

La Guajira – Out of the common touristic destinations of Colombia, La Guajira is truly a wonderful paradise. A desert surrounded of green waters of the Caribbean Sea and characterized by wide extensions of salt lagoons constantly visited by flamingo’s colonies. This region is ideal for those seeking for adventure and natural. Here, one has the possibility to relax at the desert beaches, hike along magnificent meadows, changing colors lagoons and wild giant cactus, or to kitesurf at the sandy beaches of “Cabo de la Vela”. 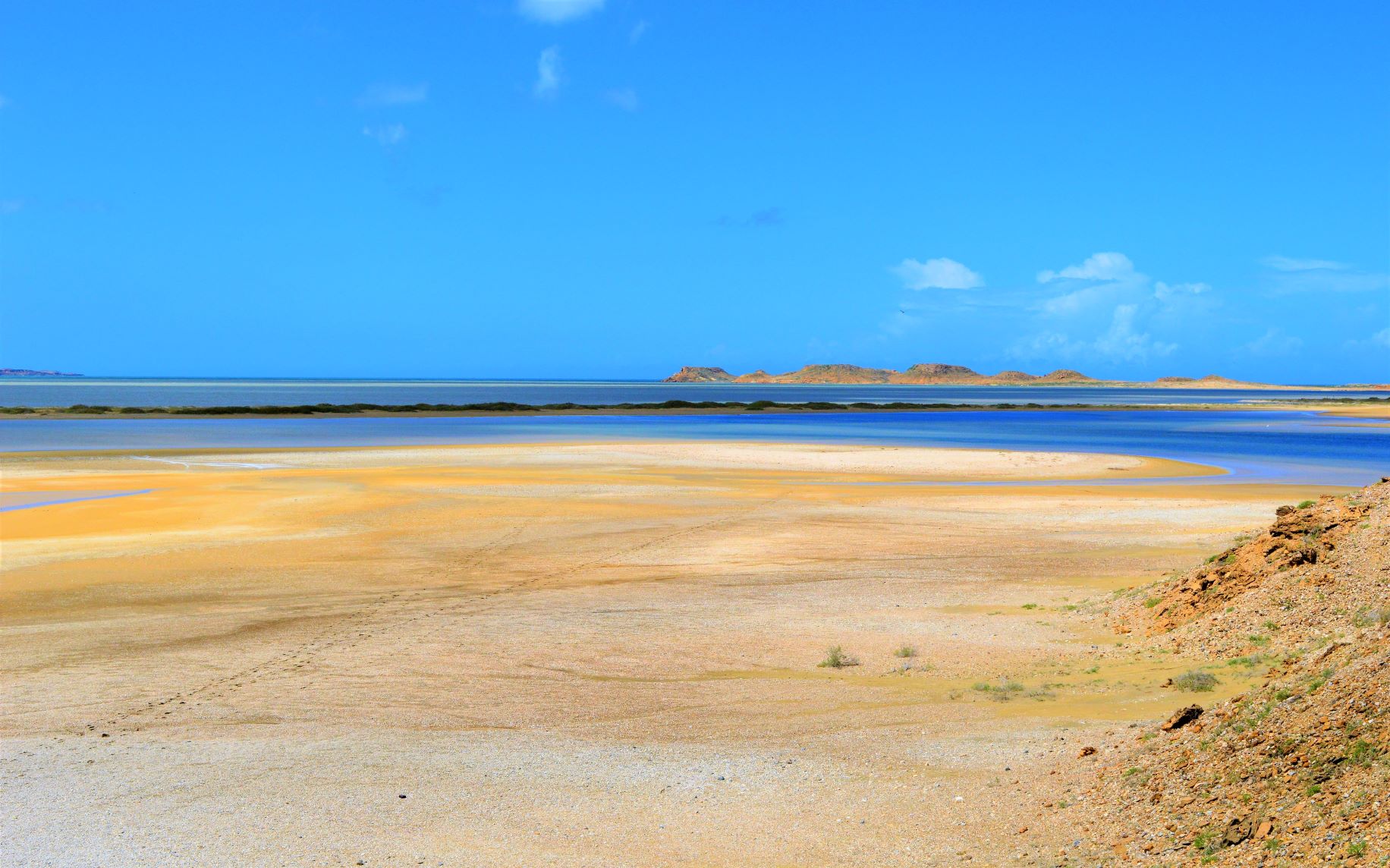 Ciudad Perdida (The Lost City)  – An archaeological place located at the mountain range of Santa Martha where in ancient time this city was built. It is known that this city was founded around the year 800 B.C., nearly 650 years before Machu Picchu was built. The place was rediscovered in 1972, when a group of treasures looters found a series of stone stairs that lead to the mountain, and is considered one of the largest pre-Columbian settlements discovered in the Americas.

Santa Cruz de Mompox  – A magical Colombian town that arises on the biggest fresh water island of South America, the Margarita Island, placed in the intersection between Magdalena River and Cauca River. The town is located 6 hours car trip from Cartagena, crossing landscape and unique towns. Mompox is a real and proper jewel of colonial architecture, perfectly preserved and proclaimed by the UNESCO as World Heritage Site. 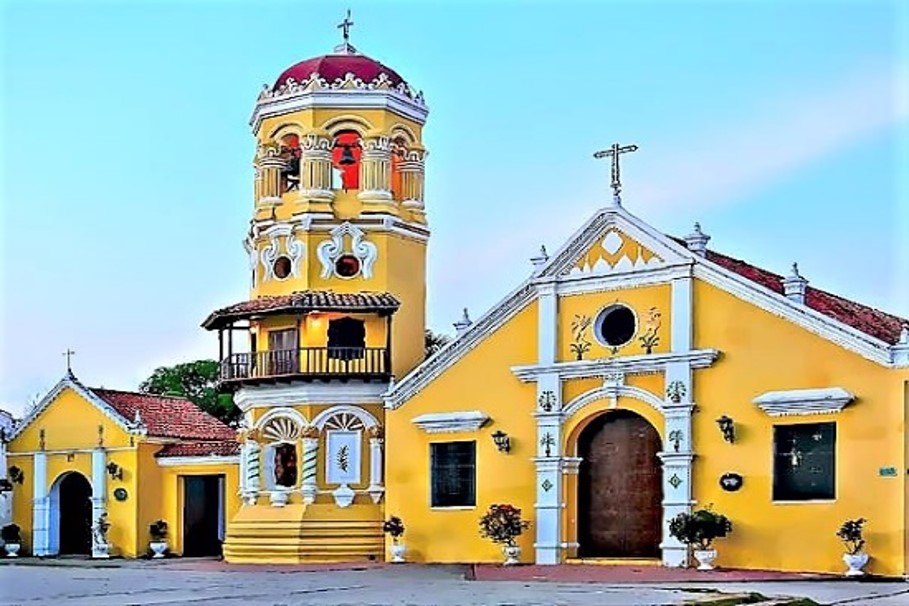 Tatacoa Desert – Also known as the Valley of the Sadness, this is one marvels of Colombia’s southern center. This particular arid zone does not have anything similar with the traditional image of sand dunes. Its 370 km2 are a vast extension of dry semiarid forest, with cactus and wild cotton plants and rare and beautiful geological formations: truly and unique sculptures formed by soil erosion, different color schemes that go from ochre to mole shades.