Trip Scouts Panama is a Destination Management Company, dealing with the professional planning and implementation of trips and events in Panama and in the neighbouring Colombia. The value of the company is based primarily on the extensive knowledge of the regions as well as the conscientious handling of local resources.

The company, with an experienced and local team on site, has expertise in transportation, hotel and other travel services that provide the best service within an available budget. They understand the cultural norms and expectations. As local planners, they know where and how to find the most helpful and professional staff and the best travel routes.

Their in-depth, distinct knowledge of Panama, particularly with regard to the local coordination and implementation of travel programs, makes them a highly specialized consultant for practically all aspects.

The “Trip Scouts Panama” team is also characterized by decades of experience working with indigenous peoples and developing trips with small groups to the remote areas of Panama. Activities such as kayaking, rafting, trekking, birdwatching, wildlife observation, camping are their specialty. Community-based tourism and cooperation with small family businesses are very important to them and are included in the travel programs whenever possible.

• Dine, wine and discover the historic old town and modern Panama City on a city tour.

• Relax or visit Indian villages in the paradise of San Blas / Guna Yala on one of over 300 uninhabited islands.

• Take a bath in the thermal baths or under a waterfall in the primary forest of a Volcano at Valle de Antón.

• Get impressed by one of the great works of world engineering of the 20th century – The Panama Canal.

• Discover the biological diversity on nature trails inside the tropical rainforest of the Soberanía National Park – a real highlight. 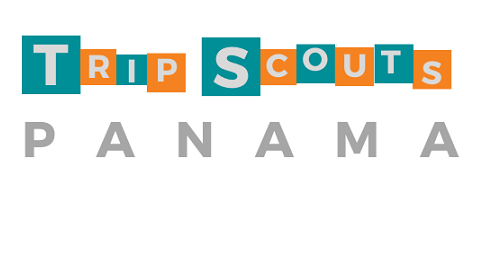 Panama, located at the “heart” of the Americas, serves as an airline hub for connections to any part of the world. It is a safe, stable and friendly country of four million inhabitants and 75.517 square kilometres. Panama means “abundance of fish and butterflies.”

The country impresses with a stunning natural beauty. More than 30% of Panamas land is protected by 15 national parks, 5 forest reservations and 10 wildlife reserves. There are 2 oceans, the Pacific and the Atlantic (Caribbean), bordering the country, over 500 islands within its boundaries, mainly located in the Caribbean, as well as hundreds of rivers all across the territory.

Panama possesses 7 of the 12 regions which maintain the balance of the main ecosystems of the world. More species of birds live here than in North America and Canada combined. Also, the country holds world records in the areas of bird watching and sport fishing.

It was on Panamanian soil where Spain founded the first city in the New World: Santa Maria la Antigua at Darién. Ever since, Panama is home to seven different indigenous cultures. The Panama Canal, an 80-kilometer long engineering marvel, which in addition has a spectacular watershed and abundant fauna and flora, is the pride of Panamanians and is greatly admired by visitors. Additionally, five areas of Panama have been declared World Heritage sites by UNESCO.

Panama, this is where valleys and mountains, a “sleeping” volcano, cool mountainous terrains, tropical areas with temperatures averaging 28 degrees Celsius, a desert, lakes and bird watching towers go hand in hand with each other. From the most luxurious hotels and restaurants, to cabins in isolated islands, indigenous cultures and modern, contemporary arts, extreme sports and cultural tours – there’s almost nothing that can’t be found in Panama.

Panama City – Probably the most diverse cosmopolitan city in Central America. Located directly on the Pacific, Panama City offers visitors an unforgettable skyline, a historic old town, tons of restaurants and shopping centres. It is also an ideal starting point for numerous excursions. 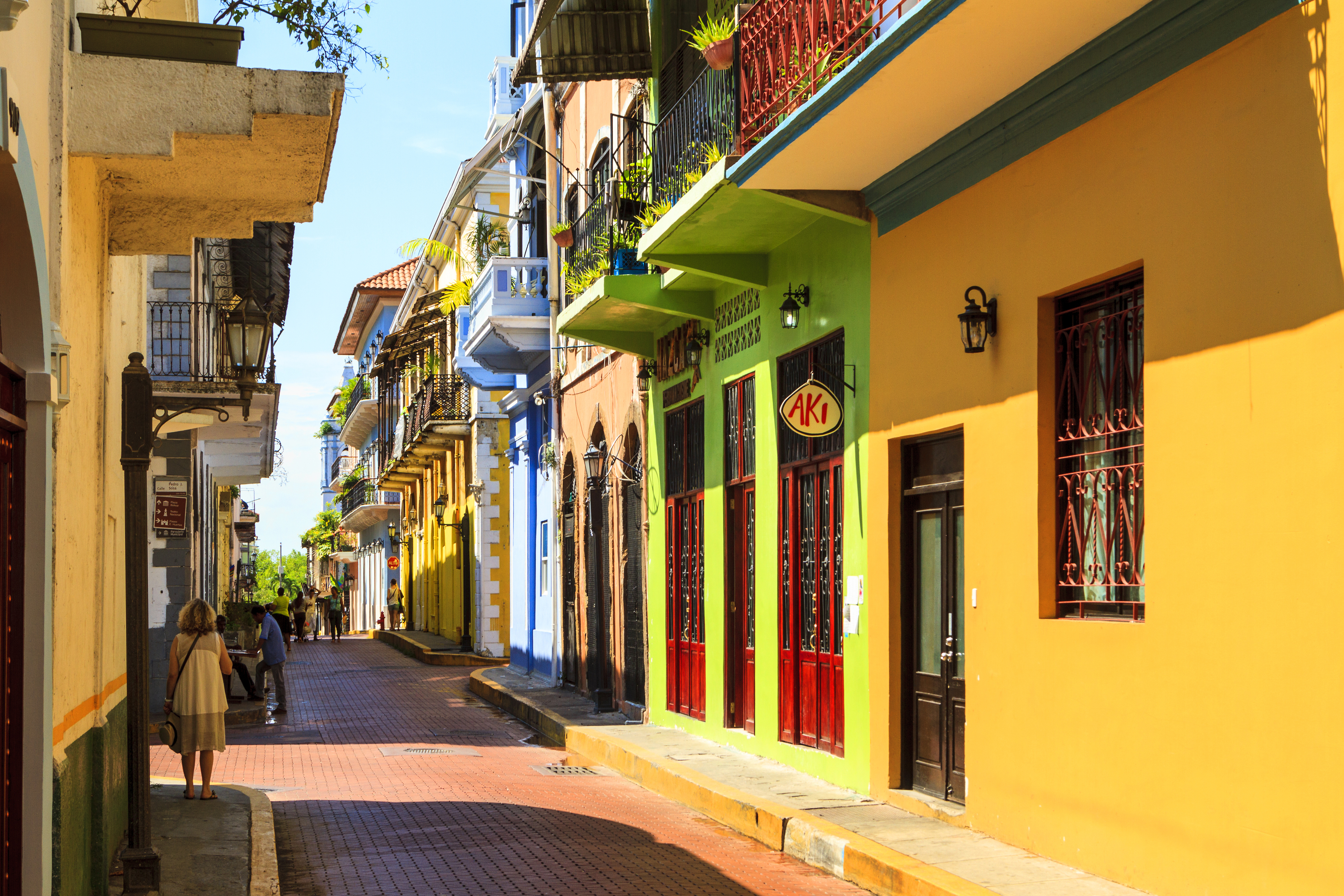 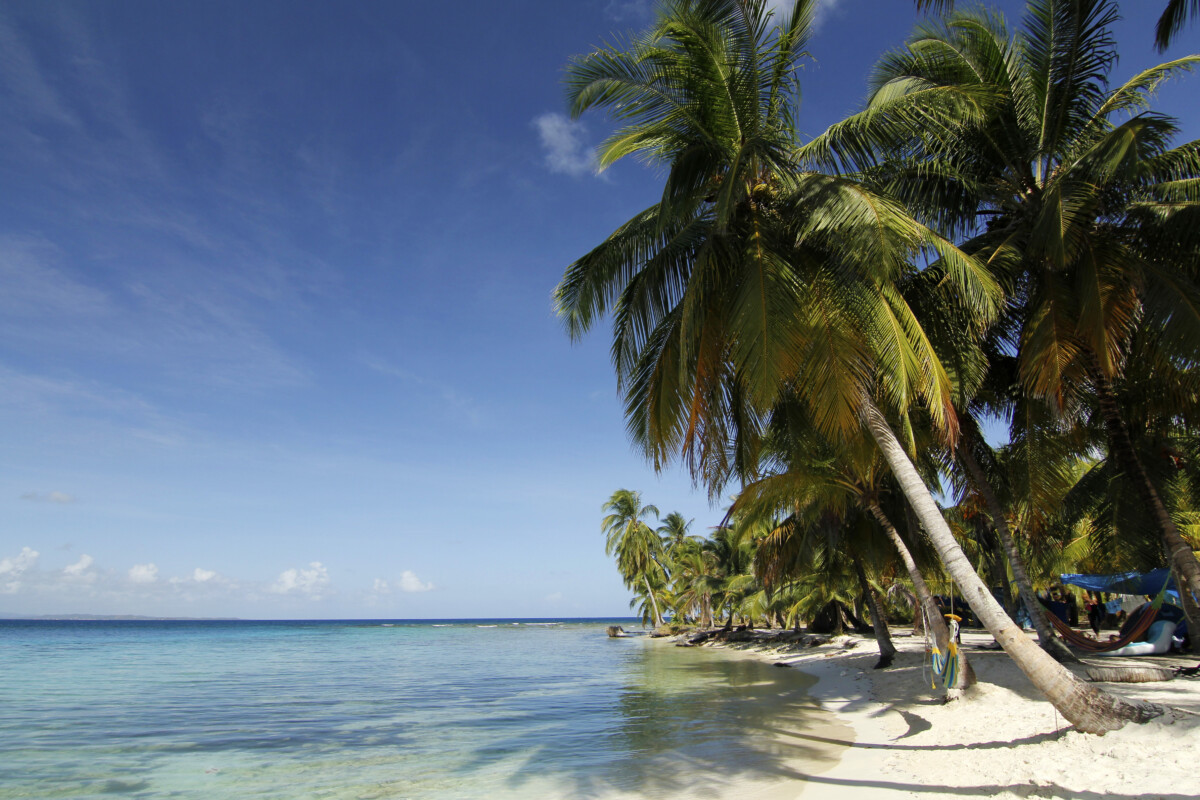 San Blas/Guna Yala – With 365 Caribbean islands of which only 50 are inhabited, Guna Yala offers the visitor a paradise of palm trees, white sand and blue water in all nuances. The Guna Indians who live there like to show how they have lived on the islands for centuries.

Bocas del Toro  – One of the most popular travel destinations due to the Caribbean flair, the picturesque surroundings and the easy accessibility of Costa Rica. The islands offer numerous accommodations, especially in the provincial capital, Bocas del Toro. Surfing, snorkelling, diving and boat trips are among the main activities in this biodiverse region. 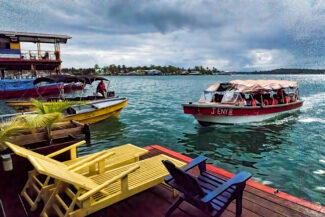 Portobelo  – The town has an important port protected by powerful forts during the Spanish colonial era. The forts are on the list of World Cultural and Natural Heritage by the UNESCO. Nowadays, the impressive ruins are evidence of long-forgotten convulsions with pirates who tried again and again to take the city.

Soberanía National Park – With 105 species of mammals, 525 species of birds, 79 of reptiles, 55 of amphibians and 36 species of freshwater fish, the park becomes an important wildlife refuge. The National Park has six nature trails where visitors can interact with the biological diversity of the tropical rainforest and enjoy the natural landscape of this protected area. 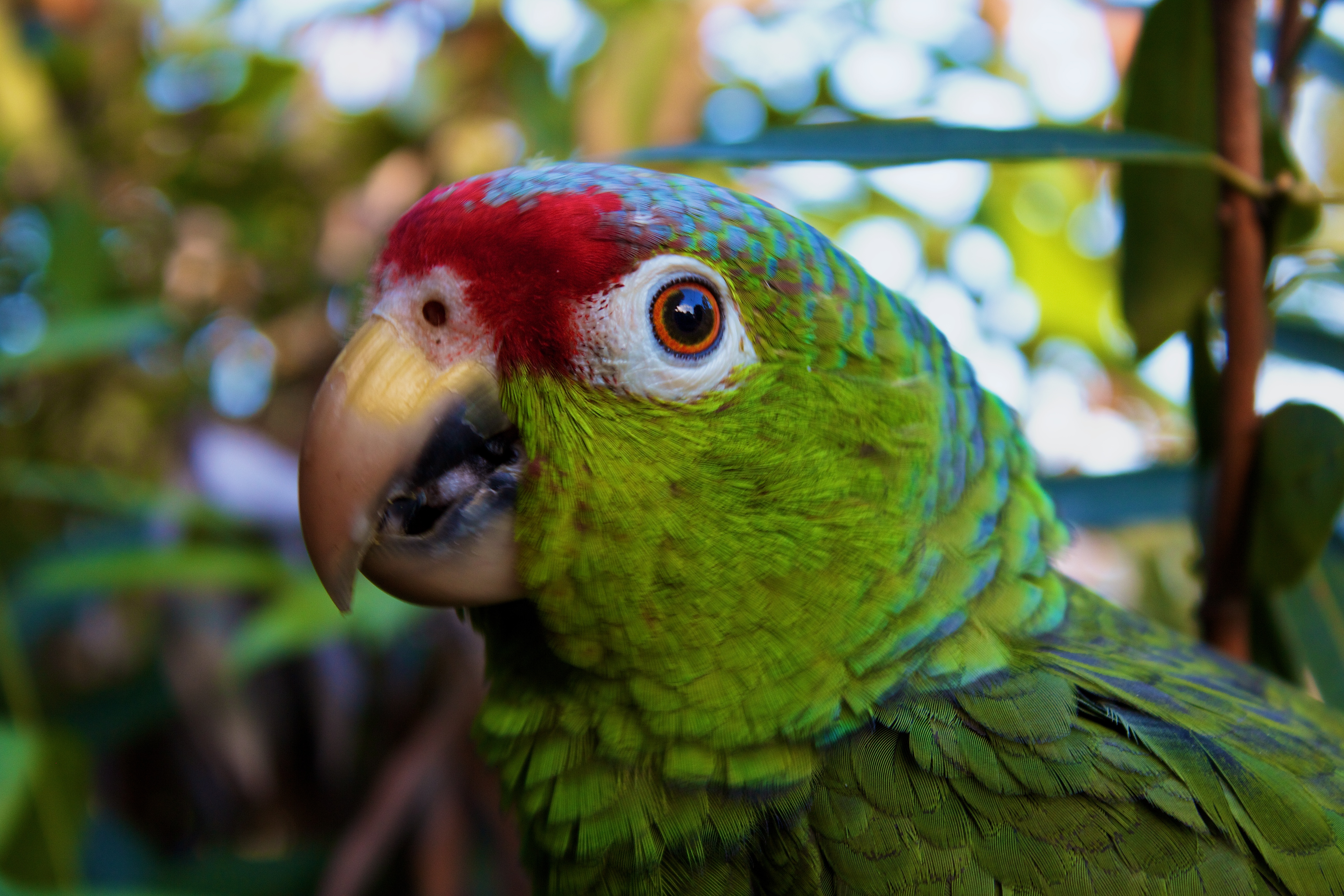 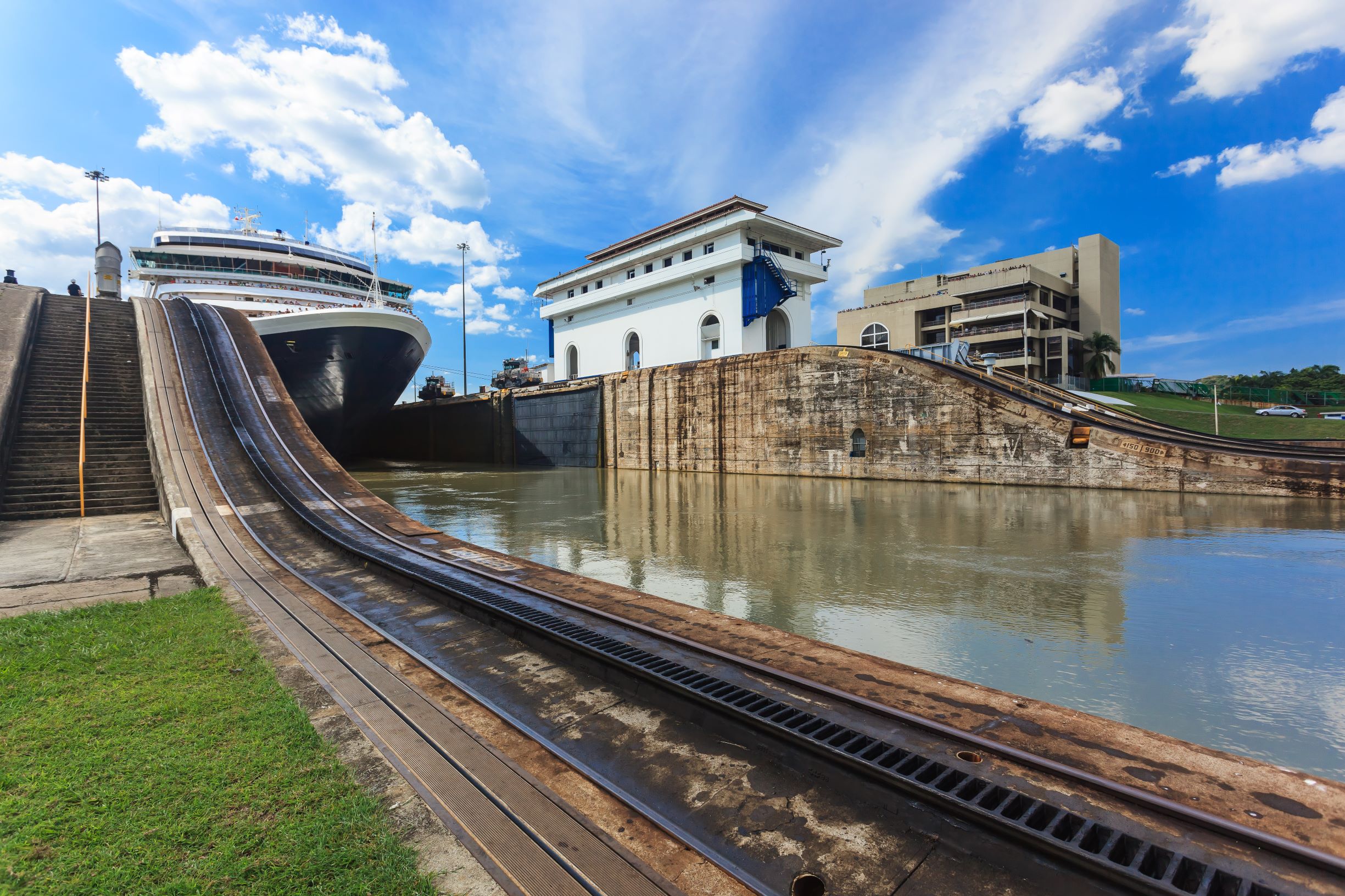 The Canal – Undeniable one of the great works of world engineering of the 20th century. Since its inauguration in 1914, the Panama Canal marks an artificial 82 km long waterway that connects the Atlantic with the Pacific Ocean. For those traveling in Panama, visiting the locks or even crossing the canal is definitely a must do.

Volcano Valle de Antón – El Valle de Anton is the crater of a volcano. Due to its height of around 600 meters above sea level, the climate is less warm than in the coastal areas. Waterfalls and thermal baths in the primary forest invite you to visit this unique part of Panama. 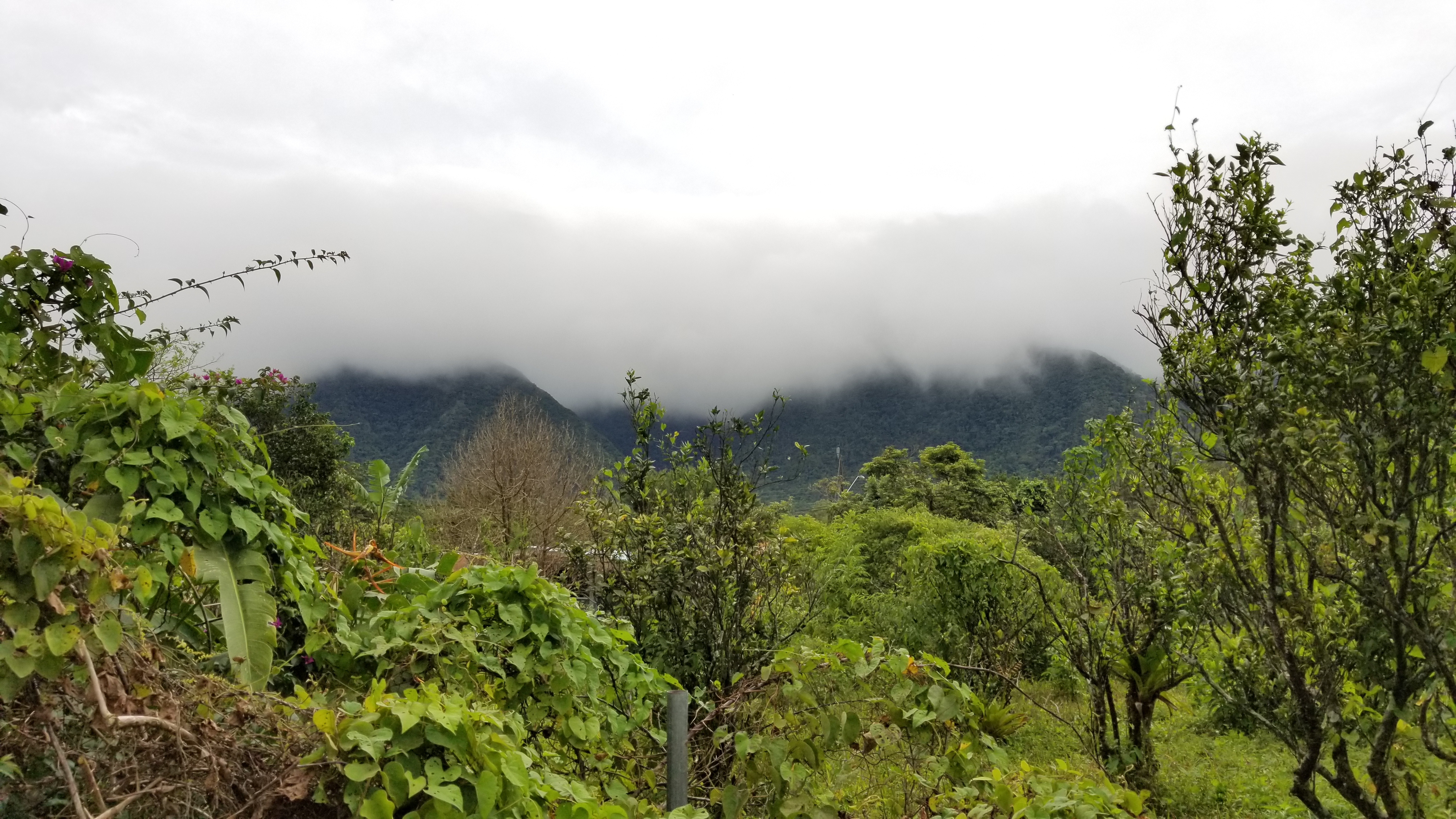 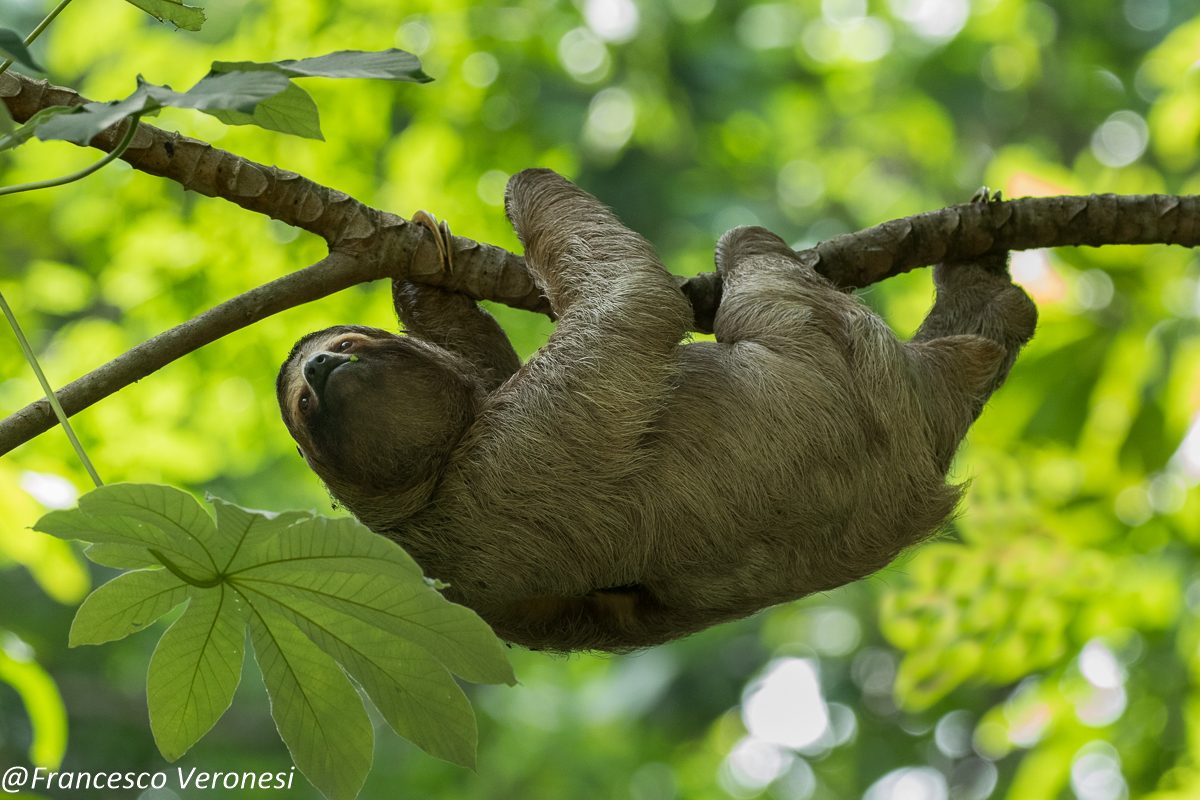