88Destinations is a licensed inbound tour operator and DMC based in Jeddah Saudi Arabia. It is part of the group EL Makkan for Travel and Tours.

Founded in 2017, the company specializes in unique travel experiences that are driven by people and culture. Focusing on offering professional and high quality ground-handling services is one of 88Destination’s key strengths, enabling the company to partner with international tour operators to be its local operator in Saudi Arabia handling all inbound travel logistics.

With the successful launch of the long-awaited tourist visa and the ease of application process, 88Destinations is ready to receive inbound travelers who are keen to explore the country and experience what Saudi Arabia has to offer from a local perspective. From the first tour that they organized in 2019, the company has gone forward to roll out programs for FITs, Groups, MICE and Special Purpose trips.

Why 88 and what is it about? 88Destinations is the total number of experiences that the company believes as necessary for travelers gain a full appreciation of the Middle East. And although there are way more places and sights in the region, there are at least 88 destinations that will leave a long lasting impression encompassing the country’s special landscapes, local values, cultural heritage, the numerous UNESCO sites and many hidden gems waiting to be discovered.

• Learn the art of the traditional craft of wool-weaving in Riyadh.

• Discover the sand dunes of one of the largest deserts of the world in the Empty Quarter and drift over the soft red sand outside of Riyadh.

• Enjoy picking the coffee beans with the locals in Jazan and prepare your coffee from scratch.

• Experience the local hospitality while enjoying your stay in one of the Al Ula farms.

• Go on an adventurous camel ride and visit the world’s largest camel market in Qassim.

• Dive into the red sea where you can find the most beautiful corals that the ocean is famous for.

• Test your photography skills in the old town of Jeddah where all buildings have their own gorgeous wooden windows for decoration.

• Witness the various traditional dances as each region has its own indigenous dance and music.

• Experience the authentic beduin life in a tent, set up in the desert where beduins welcome everyone and invite them for coffee and company.

Saudi Arabia is perhaps one of the most well known yet one of the least traveled to countries in the world, especally for leisure. The country plays host to millions of visitors each year, mainly for Islamic rites of Hajj and Umrah, so they are used to large numbers of travelers. In fact they receive the highest number of visitors per year if we compare the country with other well known Middle Eastern destinations.

Nearly everyone to some extent, has an impression of Saudi Arabia – from their oil or as the birthplace of Islam. Surprisingly and in a very short time (from 2018), the country began reinvesting in its tourist attractions, allowing foreigners the opportunity to experience many historical sites that are comparable to its neighboring countries. This includes sites such as Al Ula which has a similar size to the Jordan valley, the old town in Jeddah which was and continues to be the hub for many traders, and the Hajj pilgrimage that is used as the base for Makkah.

The impressive palm oasis in the eastern province, the untouched virgin coastlines in the Red Sea as breathtaking as the ones found next-door in Egypt. Saudi Arabia also has valleys, landscapes and mountains in the north and south with its seasonal waterfalls and snow. Yes there is actually snow in the north showing the star contrasts between the country’s different regions, offering authentic experiences to travelers who are interested in nature, culture, and history.

Saudi Arabia offers a wide range of activities, from touring UNESCO World Heritage sites to exploring the 2,640 kilometers of coastline, and sifting through the vast desert landscapes, such as the appropriately named, Empty Quarter. Traveling for leisure through this country will produce amazing stories to recount to your friends and family.

Riyadh – The birthplace of modern Saudi Arabia, where old-world charm meets 21st-century vision. Riyadh Province – also known as Al-Wosta – is home to the country’s capital: a modern metropolis with a thriving financial and business centre, and a growing cultural scene. It’s a city rich in history, boasting myriad forts, palaces and museums, and some of the country’s most colorful souks. 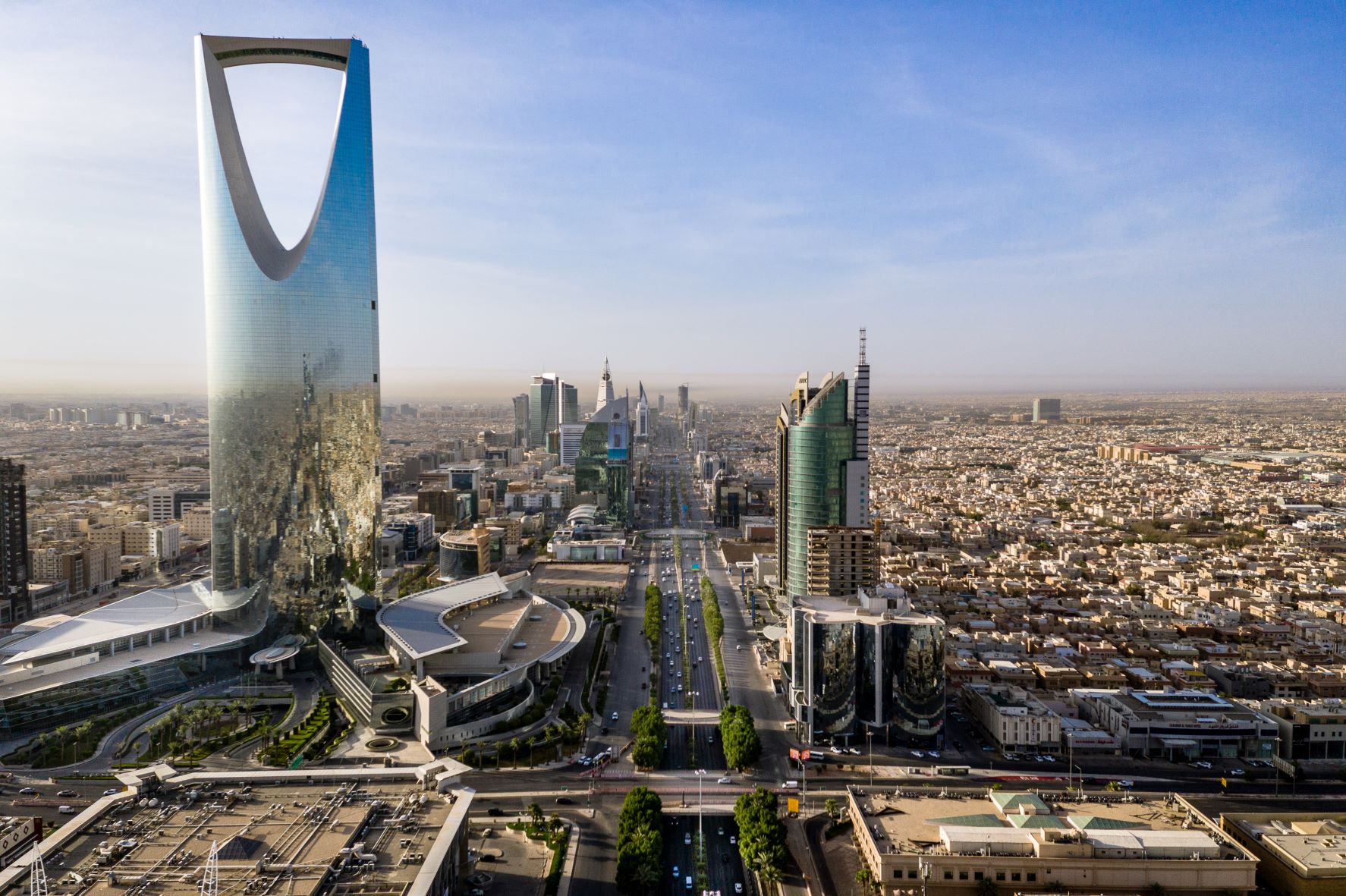 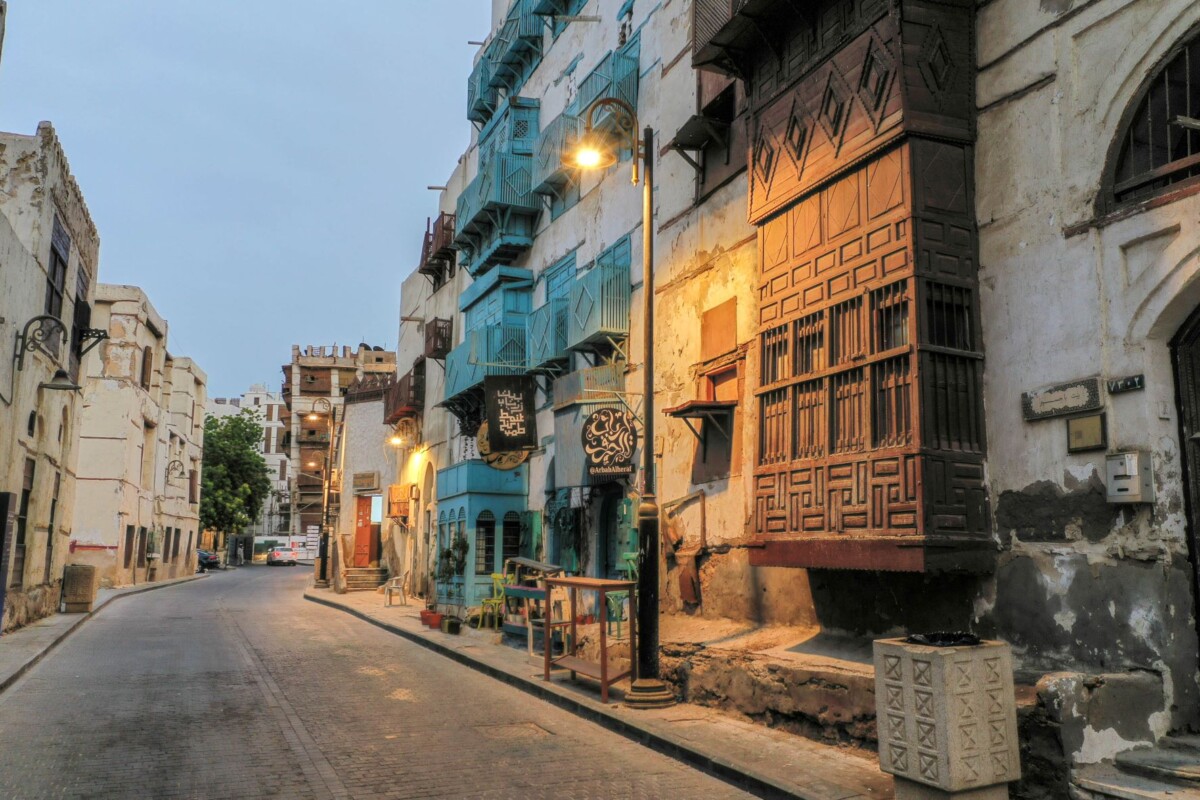 Jeddah – A coastal city located in the western region of Saudi Arabia. Over the years, no Saudi city has been more open to outside influencers such as traders, international artists and Makkah-bound pilgrims than the ancient port of Jeddah. The city’s heart is still intact in Al Balad, the magical historical quarter that has undergone a renaissance in recent years. And the Red Sea is still central to it all — for trade, for diving among pristine reefs, and for fishing for Jeddah’s legendary seafood. The city where Eve was laid to rest (according to local lore) is a beguiling mix of old and new, and one that remains gloriously different.

Tabuk – The capital city of the Tabuk region in northwestern Saudi Arabia has long been a resting point for Jordanian and Egyptian pilgrims. Its rich culture can be felt in Souq Twaheen, famed for selling patterned rugs and goat-hair tent covers. Visitors flock to Tabuk to explore ancient archaeological sites and the setting of the story of the prophet Moses, who lived east of the city for a decade. Marking the start of the Saudi Coast, Tabuk’s charming coastal towns, such as Haql and Sharma, offer clear seas and pristine beaches. But there are more terrains to explore: Consider checking out the carved tombs of Maghaer Shuaib in the desert, or the Moses Springs near Maqna, where natural springs flow under date palms. Or the stunning Tayeb Al Ism, a valley of steep granite stones separated by a mere road from the turquoise-fringed Gulf of Aqaba. 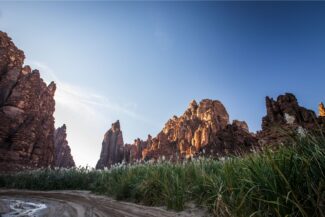 Abha  – Located in the southwest of the Kingdom, this city is famous for being one of the summer destinations for tourists. Abha is known for its cold weather, moderate rains, and picturesque mountainous landscapes, which provide the opportunity to establish four cable car systems to connect the city’s resorts, including linking between the rocky slope in Souda and Al-Habla, the area called The Lake, and some of the mountains of the new city of Abha. In addition, the city of Abha has a rich cultural and traditional heritage, and an architectural diversity that includes mosaic work, thanks to the city’s long history, and for being one of the most densely populated areas in the Arabian peninsula.

Al Ula – A city in the Medina Region located in north-western Saudi Arabia. Al Ula, The World’s Masterpiece, is one of the oldest cities in the Arabian Peninsula and home to Hegra, a UNESCO World Heritage site. An area rich in historical, geological and geographical significance, this ancient city, once at the crossroads of The Silk Road and The Incense Route, has only recently been re-discovered by the world. 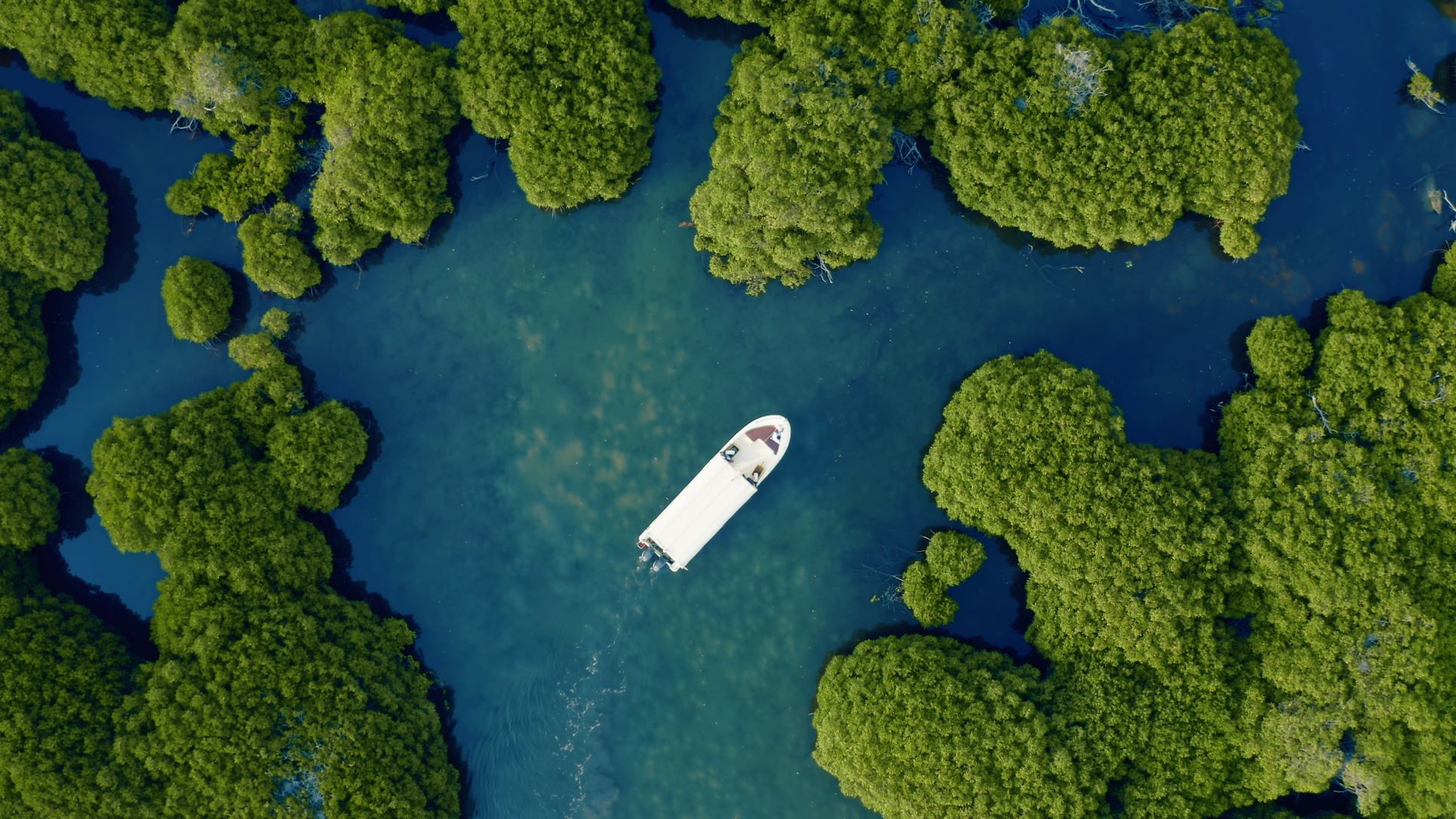 Jazan – One of the most beautiful and most important Saudi cities. It is located in the southwest of the Kingdom of Saudi Arabia on the Red Sea coast. While the population has not grown over the years, it is one of the most densely populated regions in Saud Arabie due to its narrow area. According to the statistics of 2018, the city’s population is approximately 1.4 million. The mountain of the Fayfa Governorate is also known as the city that embraces the sky. With an altitude of more than 1800 meters, it is characterized by its cold atmosphere, and its high peaks, where the tourist can navigate through local markets, shops and ancient exhibits.

Hail – Nestled between Mount Shammer to the north and Mount Salma to the south, the city of Hail was once the capital of all the Arabian Desert and home to legends like Hatim Al Tai, the Arabian poet whose altruism earned him spots in stories like “One Thousand and One Nights” (also known as “Arabian Nights”). Today it is the capital of the north-central region of Saudi Arabia bearing the same name and a popular stop during the pilgrimage to Makkah. The city of Hail is also known for hosting international events, including a Desert Festival celebrating the area’s culture and the Hail International Rally, where rally cars, quads and motorcycles race through the Nafud Desert and through Hail. 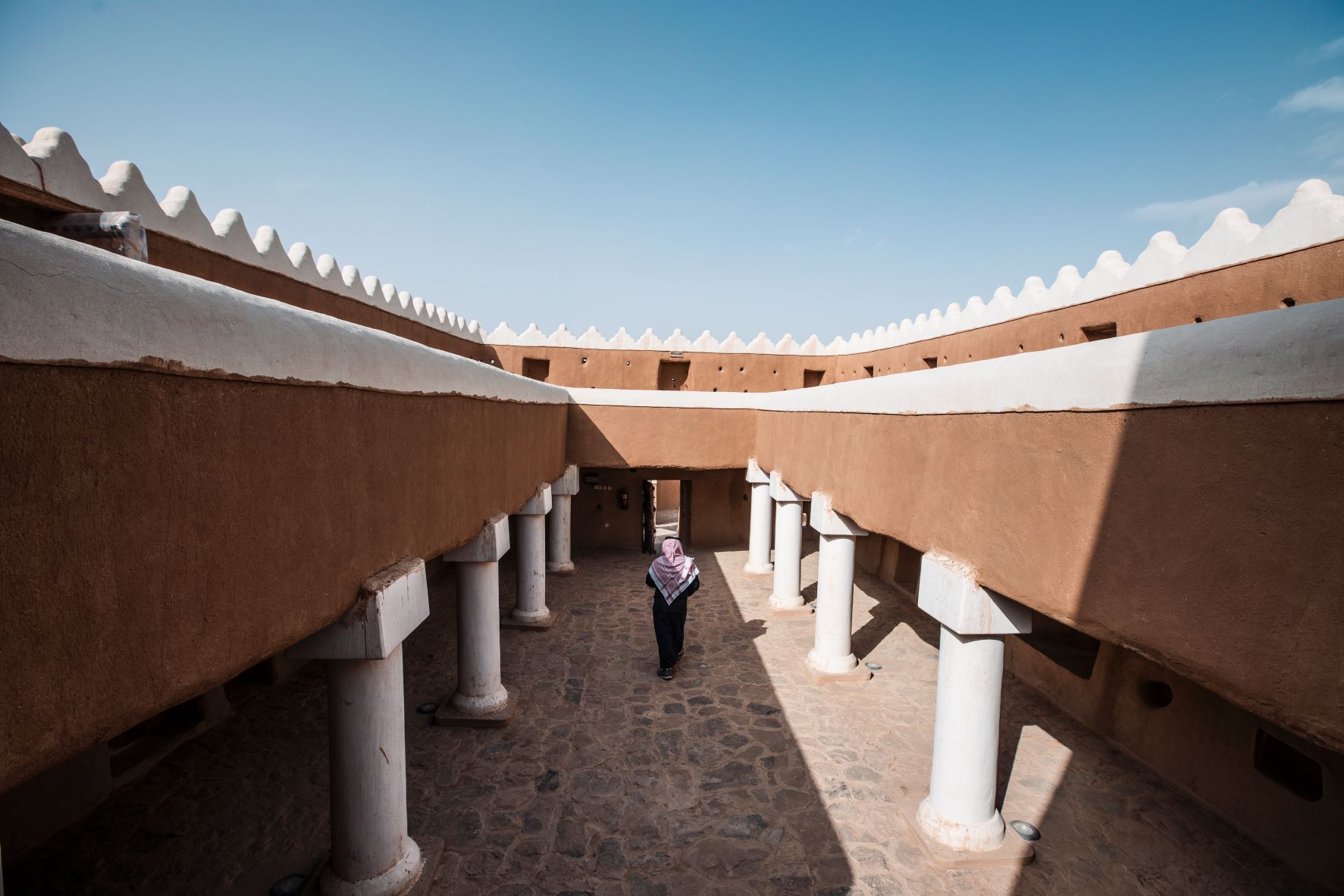 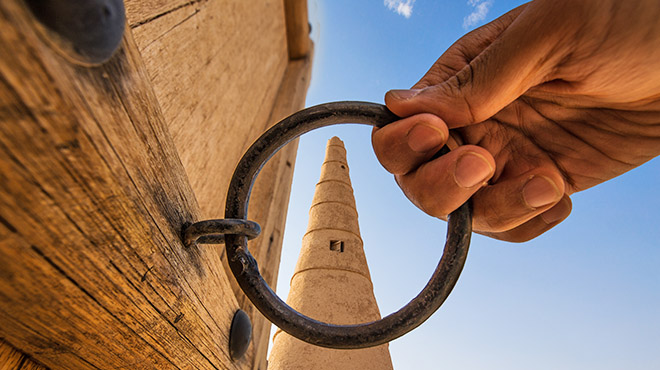 Qassim – One of the Kingdom’s 13 provinces, the Qassim region is known for its wheat which it exports heavily, and its dates, which are popular throughout the country. Perhaps this is why Qassim is also called the “food basket” of the country. The area is actually relatively rich in water and soil and a climate that is suitable for growing most crops, including grapes, oranges, lemons, grapefruit, mandarin oranges, pomegranates and many vegetables. The main market in Buraydah, the province’s capital city (which is inhabited by approximately 60 percent of the region’s total population), offers a variety of dates year-round.

Najran – The administrative capital of the Najran region which is located in the southwest of the Kingdom of Saudi Arabia. Najran offers plenty of fine palm trees oases and it is one of the most famous agricultural regions in the Kingdom of Saudi Arabia. This beautiful area features the Najran Valley Dam, one of the biggest dams in the Arabian peninsula. Najran also boasts of the groove area which is mentioned in the Holy Quran. 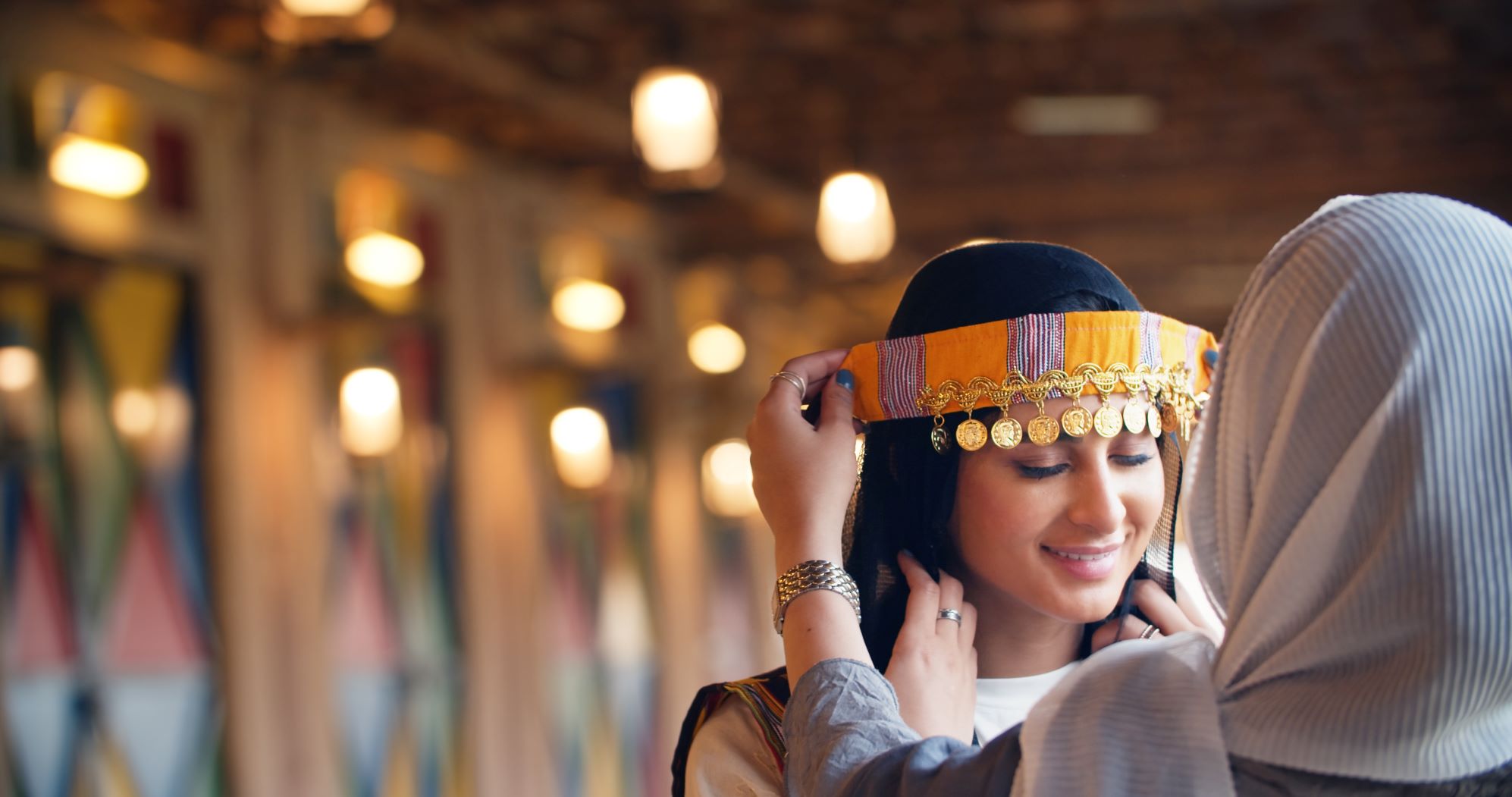