ODS Turkey is a leading Destination Management Company based in Istanbul and serving all destinations in Turkey.

At the root of ODS Turkey’s successful and exciting 20 years lie 30 years of industry experience, a great team of people, and wonderful local and international partners they are proud to call friends. Their gratitude goes out to every partner, company, colleague, and friend who has helped them grow and mature into the service provider worthy of their confidence.

ODS Turkey is your personal destination architect from hotel sourcing to daytime events; from venue bookings to concierge services; from family trips to corporate initiatives; aligning all components Turkey has to offer to build your perfect event. They serve as your local DMC partner and event planner throughout Turkey addressing well known main destinations such as Istanbul, Cappadocia, Ephesus, Antalya, Kusadasi and Bodrum.

As your partner in Turkey, they first and foremost listen. It’s their job to understand your needs and expectations and turn these into the perfect program or event experiences. Efficient communication, complete transparency, face-to-face contact and a close working relationship are the tools they use for a successful partnership and event planning.

• Travel back in time and discover Istanbul with an American vintage car, the old public transportation back in the 1950s

• Get impressed by Turkey’s Cotton Castle, the Pamukkale travertine terraces

• Stroll through the city of Bodrum which was dubbed as ‘Turkey’s St. Tropez’ by the New York Times back in 2006

• Shop like a local in Bursa, a centre of silk trade and towel manufacture

• See stunning untouched bays, swim in the cleanest water and finish the day with a dinner in one of the most beautiful bays of Bodrum – Gumusluk

• Let yourself be enchanted by 18 UNESCO World Heritage Sites

Turkey – just the name itself conjures up visions of oriental splendour, mystery, and intrigue. This was the meeting point of the world’s three great civilizations; Roman, Byzantine, and Ottoman. Turkey was the nucleus of the 1,000 years Byzantine Empire with its capital established at Constantinople, now Istanbul. It was here too, that early Christianity first took root, to be replaced with the advent of Islam, first under the Arabs, then under the Seljuk Turks and the Ottoman Turks.

Imagine yourself in a country with more classical ruins than Greece, more monuments of Islam than Arabia, and more churches than Rome. But Turkey is not all history. Turkey offers you seas, mountain ranges, high plateaus, and fertile river valleys – an excellent destination for lovers of nature.

Moreover, today’s Turkey is a safe, modern country with a booming economy. Her cities with their glittering shopping facilities, business towers, and an unparalleled combination of historical sights, state-of-the-art conference facilities, and world-class hotels make it the ideal destination for exciting and memorable concepts of incentive programs including team building ideas, meetings, and congresses.

Thanks to Turkey’s geological position, all four seasons are experienced every year – Spring, Summer, Autumn, and Winter. The main reasons are the influence of the Aegean Sea, Mediterranean Sea, and the Black Sea surrounding it, and the temperature is getting lower inland due to the altitude increases. Those spiritual touches create four special climates. In parallel with it, we host a wide range of plant species exists in our territory.

Istanbul – The one and only crossroads of Eastern and Western culture, it unites hidden history as the capital of three Empires, world-famous Turkish cuisine, Ottoman style Shopping (Grand Bazaar & Spice Market), and a world-renowned nightlife. 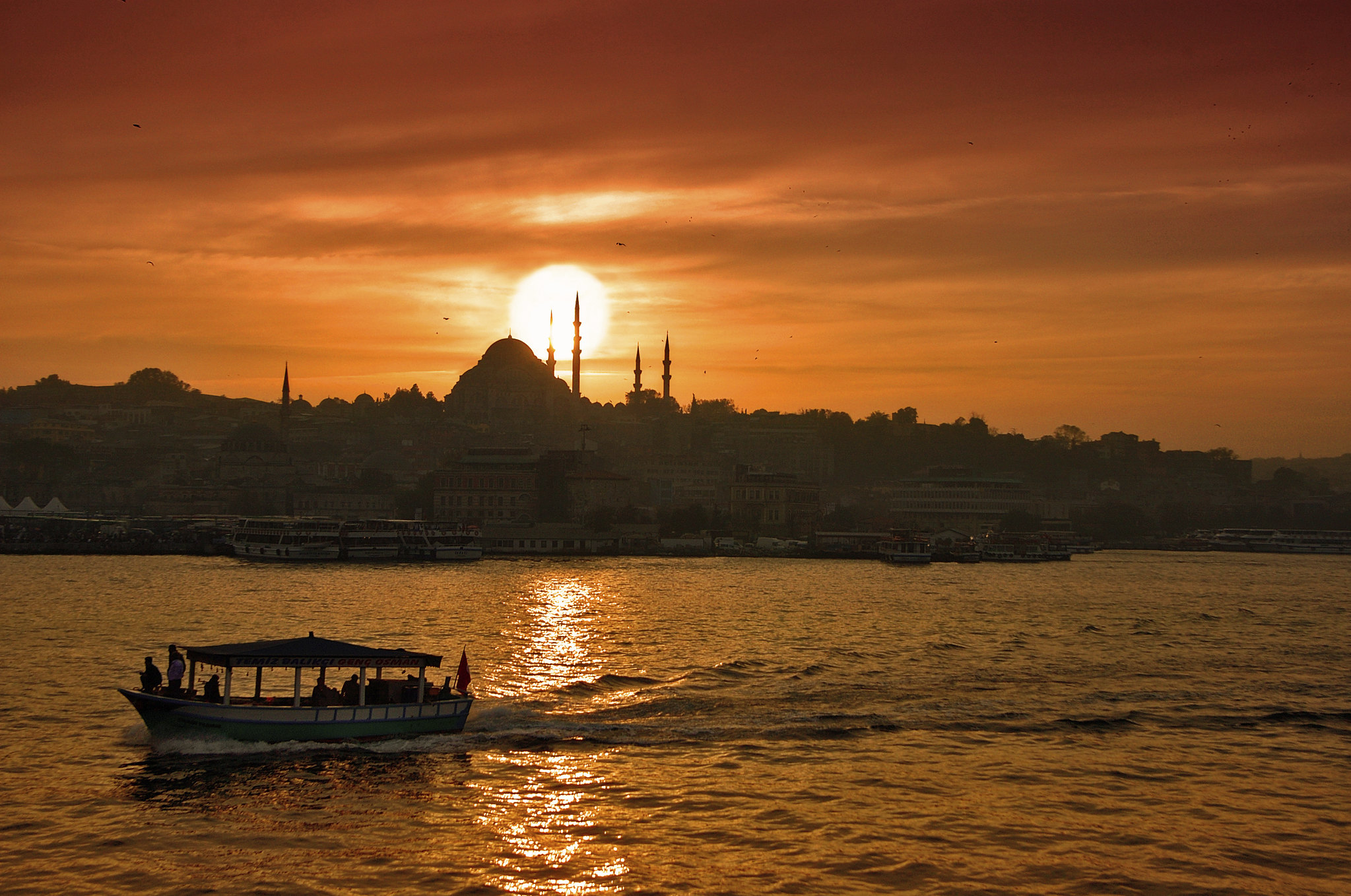 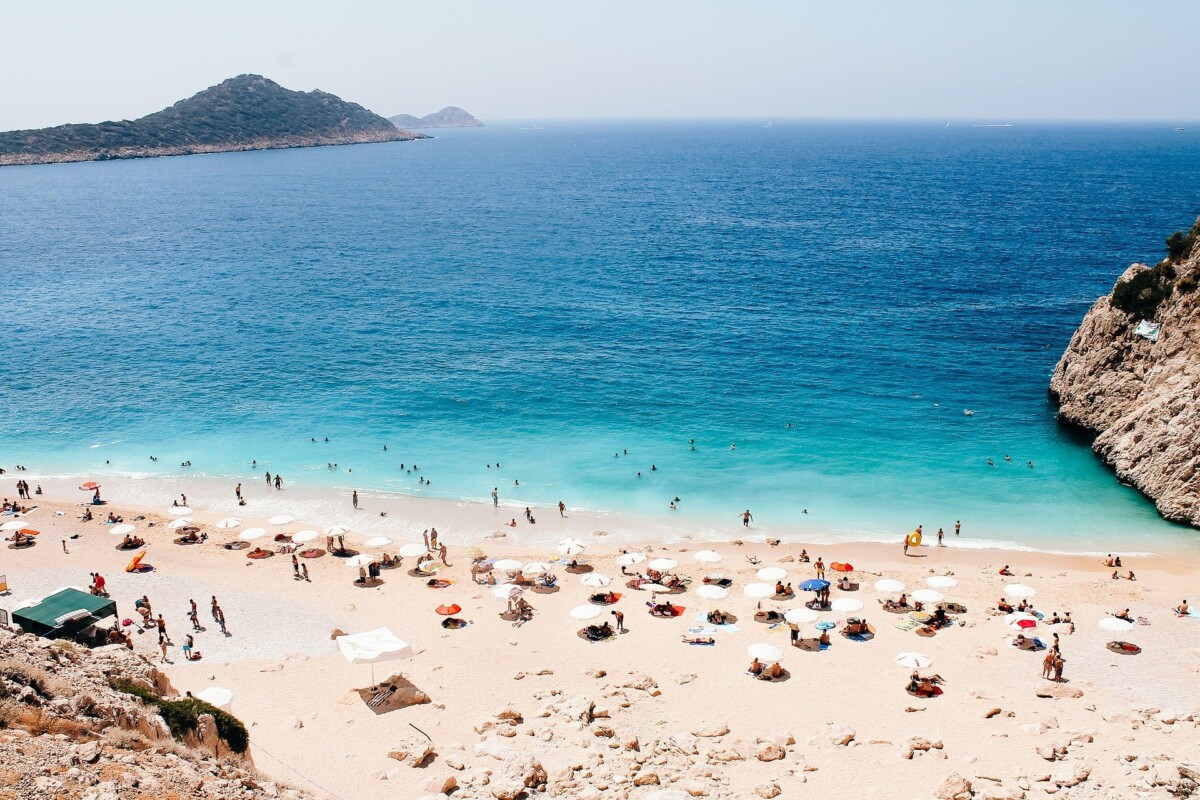 Antalya – A world-renowned rock-climbing spot with impressive waterfalls, a fascinating theme park consisting of adventure park and aqua park, rafting and jeep safari opportunities, and the mysteries of the sunken city.

Bursa – The first capital of the Ottoman Empire. It is well known for thermal baths in and around the city but also homeland to the very famous Turkish folklore shadow puppet show. The nearby Uldudag is the largest and most celebrated winter-sports and skiing centre in Turkey. 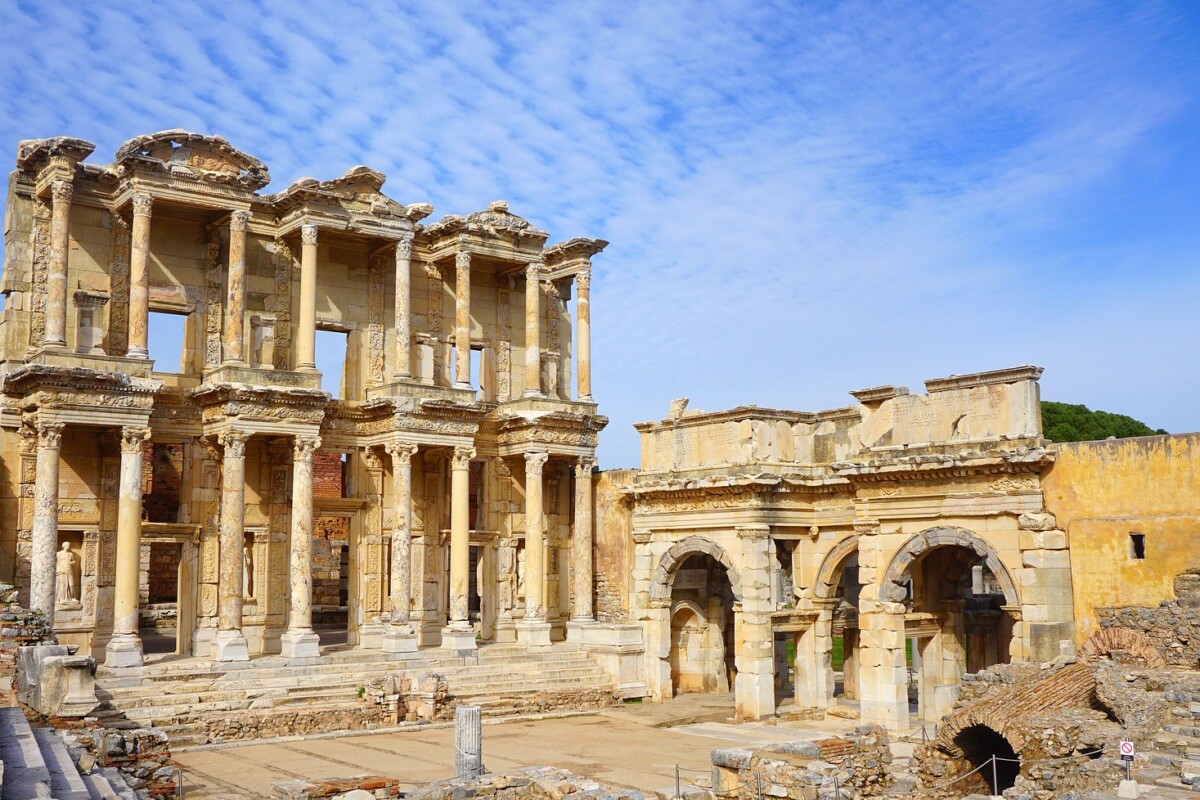 Denizli – The natural healing hidden in Anatolia. The region varies from the World-famous Pamukkale travertines to thermal springs, and is protected by the UNESCO. 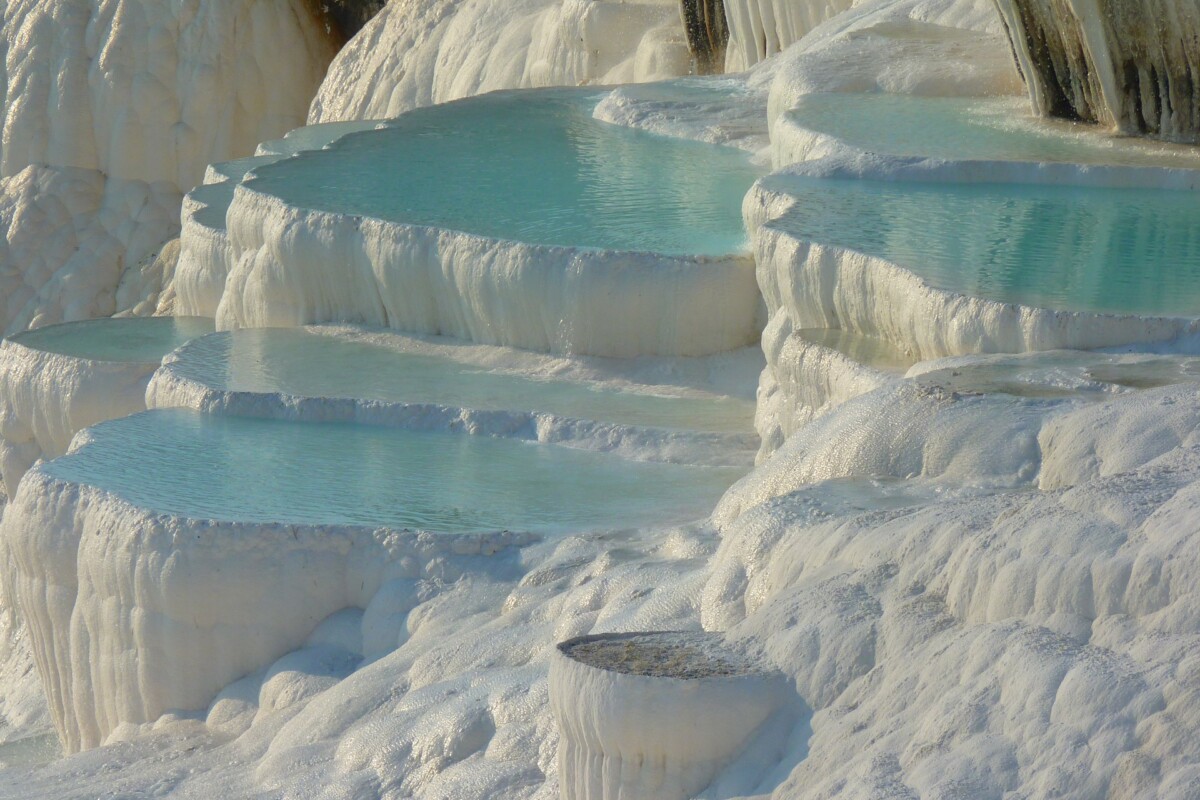 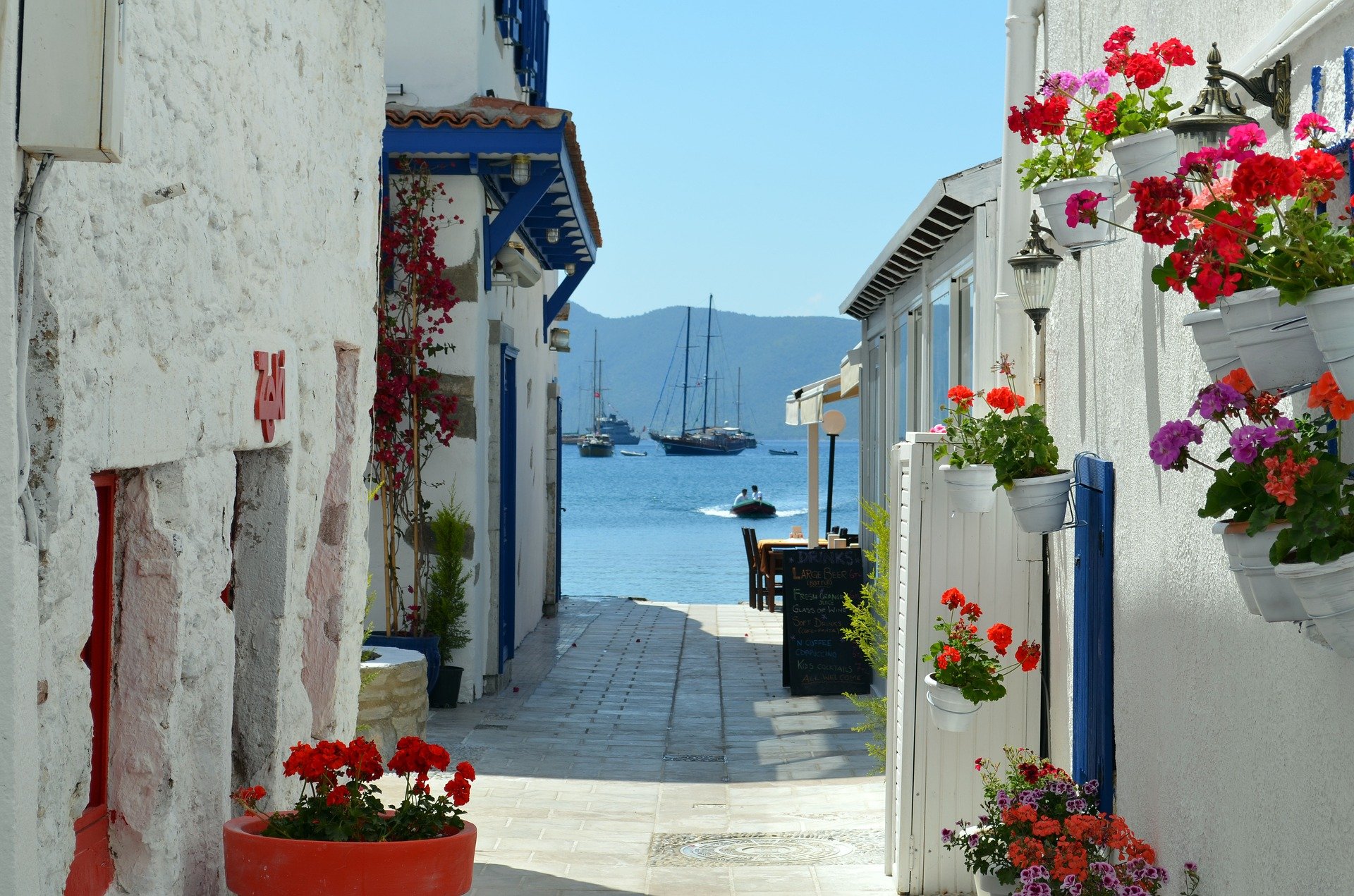 Bodrum – Considered as the “St. Tropez of Turkey” the city has gained the reputation as the centre of the Turkish art community with its lively, friendly and Bohemian atmosphere and many small galleries.

Çanakkale – The area around the Dardanelles is full of history, both ancient and modern. It has always been a crossing point of invading armies for centuries, the legendary story of the Trojan wars took place here but also the Battle of Çanakkale during the 1st World War. 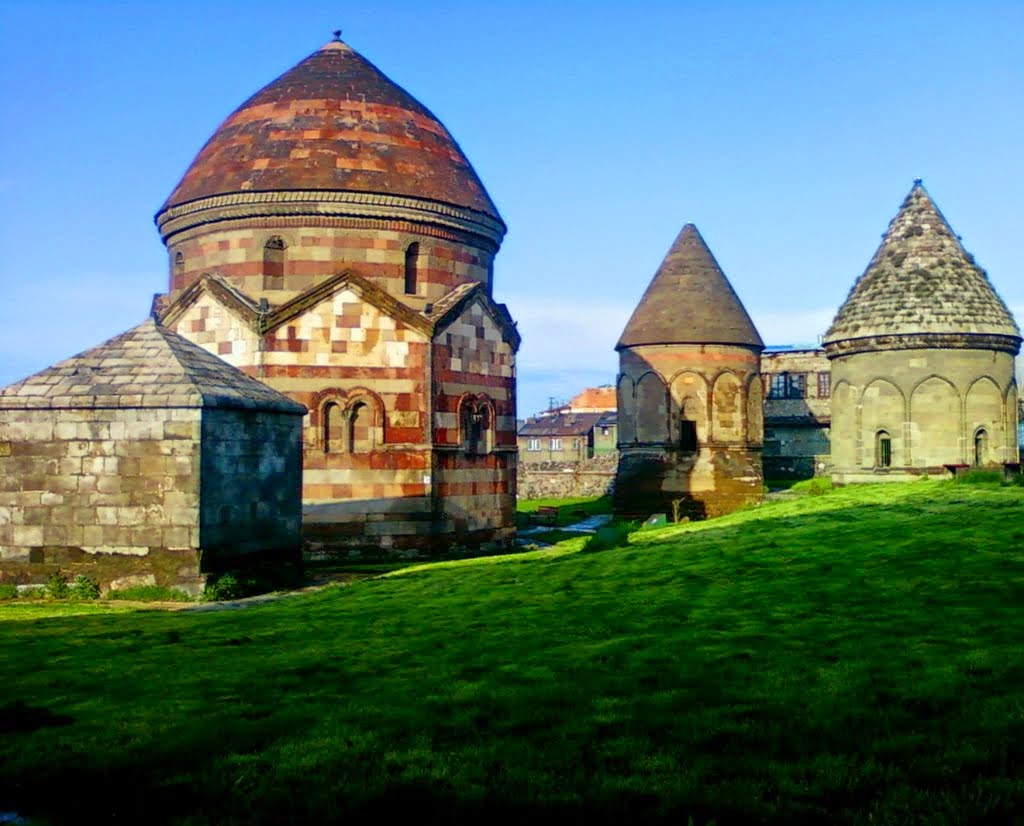 Erzurum – Where one can find world-class ski resorts, shopping-centre-lined streets, but also Lake Tortum just around the corner. Discover the “Oltu” stone, a specific semi-precious local black stone carved in the area from which various forms of jewellery and rosary beads are made of.